The way from a carpenter to a full-time artist

It is my first real solo exhibition, titled ‘You, The Meta, The Physic, Me and Charon too’. It is a combination of installations, sculpture and paintings. In 2016 I had another smaller one, but it only had painting works. Painting is a part of my practice, but I find that my vocabulary as an artist is a diversity of medium, fiction, and environment. This is my first major statement, my vision of things.

For many years I worked as a carpenter, I worked with wood constructions. Now I’m in a transit process of becoming a full-time artist.

I also create various design projects, like wooden handmade furniture. I’m a crafts person, and when people like my wacky approach and original point of view, they ask me to design things for them.

Self-search and the art of unpredictability

Originally I’m from the South of France, arrived in Tasmania 7 years ago. I studied at an art school in Alsace, only for 3 years, in France, it’s usually 5. At a certain point I had a conflict with my teachers. Art is a bit like a belief or a religion, it is very opinionated.

I wanted to travel, and I was really interested in Brazil, I wanted to research the subject of “Cultural Cannibalism” there. I was wondering if in the modern world with our ability to travel so fast we are really ‘eating each other’ in terms of culture, or are we just ‘fast-fooding' each other’?

In the end, I didn’t get to Brazil and decided to have a break from art. Australia wasn’t on my initial plan. But it just happened that I met a person from here, and moved to Tasmania.

When I arrived all my English was just a few lines from “The Beatles” songs, I was miserable. However, living in the language environment did what my school classes failed to do.

I’m interested in researching how languages work and the fact that they are our main way of communication. You can find a lot of texts in the body of work of this exhibition.

Creating in the moment

I like the moment of creating an object. People sometimes ask an artist ‘when do you know it’s finished?’ My answer is: it’s a time when I look at the artwork, and I have a feeling it’s not really mine anymore. Although, sometimes your artworks end up looking different from what you thought it was going to be.

It’s really about the process, everything starts with an idea, and often this idea is linked to a certain material or a shape. It’s not just concept based, it’s more about trying different paths and coming up with something in the process. Sometimes your ideas don’t work, but you discover something new on the way. It’s all about the process and the experience.

It wouldn’t be fair for me to compare France and Australia in terms of opportunities, I didn’t really try to be a professional artist in France. I had some exhibitions at the art school, but they all were within the context of the institution.

I love my life over here, I can perform my art and I’m a part of a band. But sometimes social media blows your success out of proportion.

I think Tasmania is a very interesting art scene, and somehow quite edgy. It’s not only because of MONA (Museum of Old and New Art, Hobart), I think Tassie has always been a rather small but very powerful place, here you don’t have to drive far to be in the middle of nowhere, so here you can find this idea of isolation and wilderness. It is at the same time rough and tough, but with a really open and welcoming community.

When you come here in the middle of winter it’s cold and dark at 5 o’clock, and in the long winters, there is a tendency to turn back into yourself. This is yet another chance for artists to explore.

I call my exhibition conceptual because for me all its pieces are talking about an underlying narration, ascertaining of the fact that life is not forever, that our condition is linked to finitude. But it isn’t a dark statement, it’s just a fact.

At some point, the life for me is absurd, there is no goal. But there can be a lot of freedom within this “absurdity”. And when there is freedom, you can build anything here, because we have no purpose, no boundaries as to the making of what “has to be” either. The responsibility of the artist

The issue of representation and objectification of women is nothing new under the sun. But somehow I was tired of artworks using always the same kind of standardised bodies to ‘denounce’ the standardised body images.

So I decided: I’m going to make MY DOLLS. I think it is really elementary and powerful for human to make dolls, it’s the way of shaping something that represents us.

I wanted my own dolls, with different characteristics: a pop star, who has a big heart shape bum; a burka wearing woman that is caring a child; and a franc-masonic like figure as a crats person with tools in both hands. It’s was like playing with cultural archetypes. ‘Idoll’ depicts new Idols who interrogate the notion of ritual, sense of self, adoration, culture, and femininity.

I think about religions, social norms and culture phenomenon a lot, those are the things that shape our society. Often people tell me that my sculptures are quite subversive while I am not consciously trying to be. I think perhaps I just point out honestly what interrogates or disturbs and people react to it.

Some people told me that ‘Idoll’ is confronting, but I didn’t make it to be so.

I think it’s part of the responsibility of an artist to be understood. You can’t just say ‘they do not understand me’, if they don’t, you might have made some mistakes on the way. People react and teach you about your own work.

About women in art

72% of the art school graduates are female, but 68% of gallery representation are male artists in Australia. This feels wrong, there are a lot of trained, smart and talented female artists that aren’t becoming successful. I like the Guerilla Girls posters from the 80s ‘Do women have to be naked to get into the MET Museum? Less than 5% of the artists in the Modern Art section are women, but 85% of the nudes are females’ I think we are improving slowly but there is still a lot of work to do. So, yes I do find that in the art world as in many other spheres, women are still carrying a kind of stigma.

Look at my works: I paint this dress, and it’s almost normal for me because I’m a woman, it’s a ‘self-portrait’ thing. If a guy paints an empty dress would it be considered more meaningful, more ‘culturally charged’?

The last year was the year of #metoo, and I think something did change after it.

I know of female artists in Hobart who are really successful and really building the feminism of tomorrow.

There is still a lot of work to do, that’s what I said in my opening speech. I’m quite privileged with the country I live in and with the country of my background, so I can do what I do and say what I want to with risks attached. But there are a lot of women in the world who don’t have these opportunities or fundamental rights really. And I feel very happy for women for example in South Arabia, who are finally getting the right to drive after fighting for so long. But that makes me realise the scope of the work that is still to be covered. 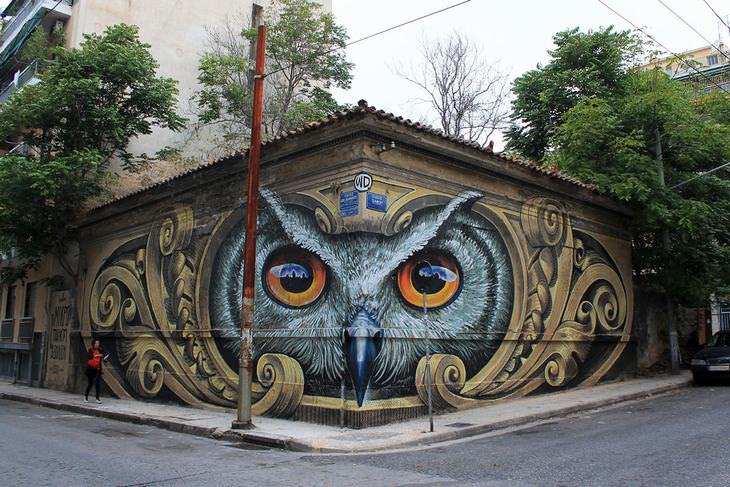 10 the most popular TED-talks about art and culture

Here we’ve collected the most viewed TED-talks about artist’s experience that deserve to be in a museum on how we experience time and memory through art and more. 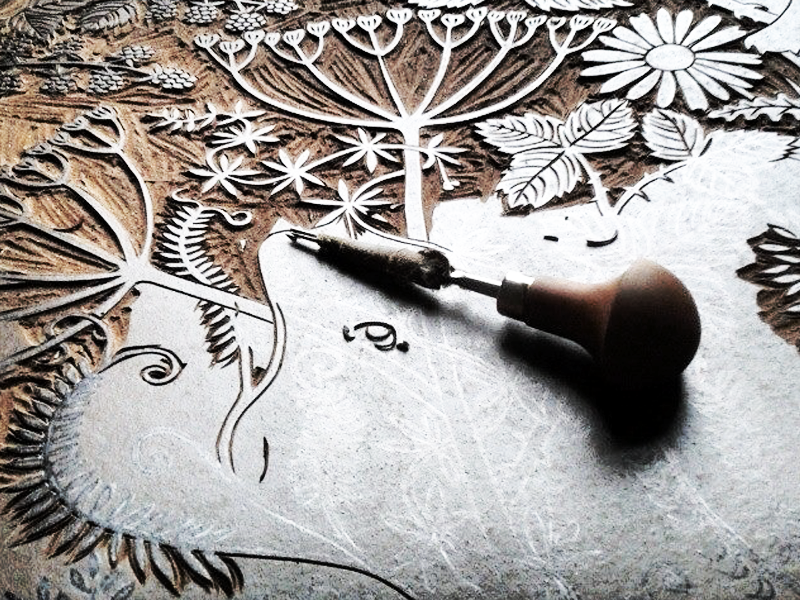 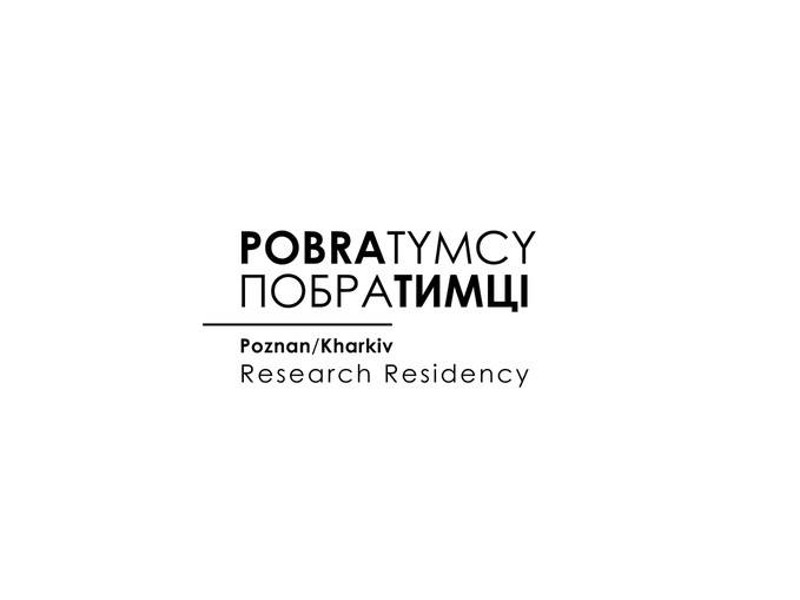 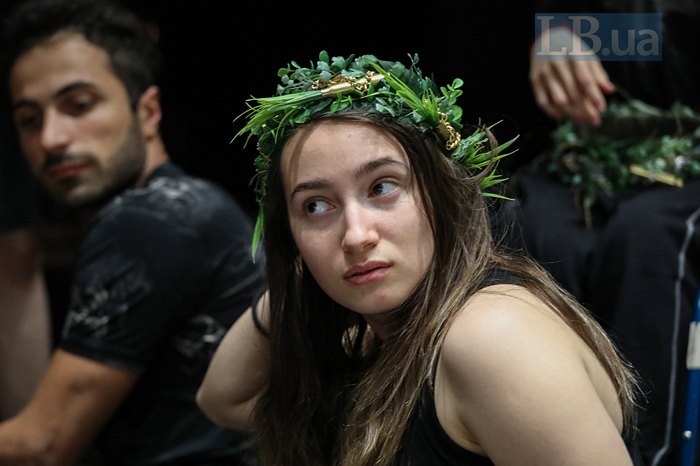 “When I’m on the stage, there’s absolutely no difference for me – whether there are disabled people or not next to me”

This is what Anastasia Mnatsakanova — a professional dancer from Georgia — is convinced of. The girl became one of the 10 participants in the inclusive performance “The Argonauts”.