What is an art activist?

This means that we use contemporary art to talk with society about problems and work to achieve our goals. The Dotyk centre has two main goals: increase queer and LGBT community visibility in Belarus and reduce the level of discrimination. Our tools are education and contemporary art.

“Queer” is a relatively new term in Belarusian…

As early as the 1960s the term “queer” was used in the US to refer to the LGBT community, indicating that it was different, their non-conformity with generally-accepted norms. Later, other gender and social practices were viewed through the “queer” prism, such as maternity, family relations, partnership, closed communities like prisons, etc. The word itself means “strange”, “odd”. In the context of our “queer” activities, we discuss what it means to be “normal”. For us “queer” is an analysis category.

You are the organiser of the queer festival Dotyk. What place do otherness and difference occupy in this event?

At the festival, we talk about exclusion and rejection of a person that happen in society or family because he or she do not fit some criteria. By using the words “otherness” and “difference”, we would like to highlight that there are many different people around us. Whether a person can accept someone else’s “difference” depends only on him or her.

The festival was the very first platform on the basis of which the organisation was founded. This is a very inspiring experience. The festival became a place where artists, art activists from different countries “utter” by using art both vital and problematic issues. How is this subject handled in Azerbaijan, Armenia, Ukraine, Belarus, Sweden or Germany? In addition, different practices are presented at the festival, those that are used by artists to talk about queer.

In what format is the festival held?

Initially, we had chosen a film forum format for the festival. Such a format is suitable for working with a wide audience. Film, as a form, allows the easy dissemination of ideas.

The first edition of the Dotyk festival took place in February 2015. It was a film festival that consisted of a programme of retrospective and documentary films. Screenings were held at the Raketa Movie Theatre in Minsk and other movie platforms in the city. In 2016, the festival became international, educational events, workshops, lectures and tours were added to it. The next edition in 2017 will be held in an updated format.

We plan a full-scale festival of queer cultures. There will be a theatre programme, exhibitions, workshops, public debates. Film will just be one of the areas. In the last two and a half years, Dotyk has transformed itself into a real art platform with participants from 10 countries around the world.

The festival is not a professional one. It is held by people who are interested in the issue. It’s a completely different approach. During the next edition, we will talk about queer groups, especially those in Central Asia, in Kyrgyzstan, Kazakhstan.

The Dotyk festival goes on for 7-10 days. Usually it’s the last week of February and the first week of March. 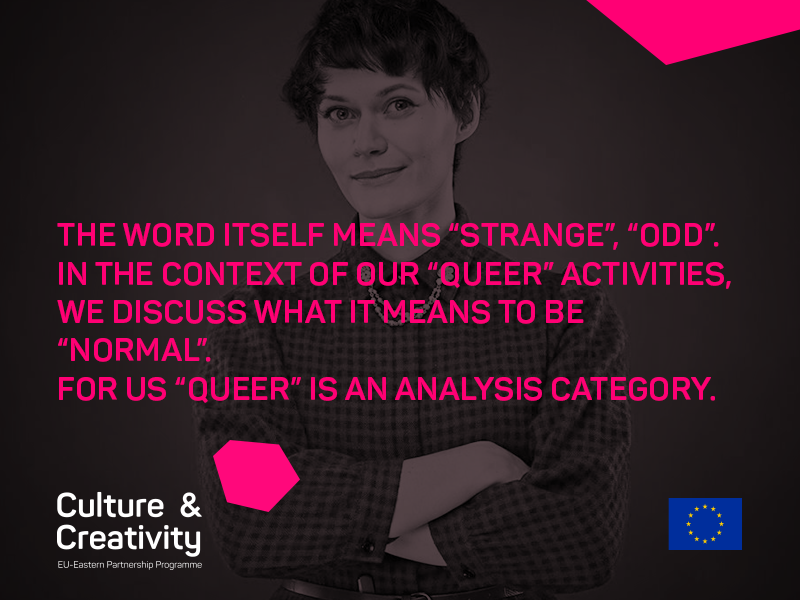 In Belarusian “Dotyk” means “touch”. What does the title refer to?

Initially the name referred to touching something unknown. To the dark spots that fall out of usual view. People are not always reflective about many problem issues, therefore the goal of Dotyk was to shed light on these spots.

Who comes to the shows? Describe the festival’s audience.

The festival’s audience are people who are interested in culture in general, and the community’s culture in particular. In addition, many viewers come to meet the guests we invite to simply talk. We try to hold the festival not only for the community but also for a wider public, and through this increase the loyalty of the society to “queer”. We don’t only talk about sexuality and the body, we also talk about family practices, feminism, history, and even women’s prisons and much more.

Why did you choose art for dialogue, after all there are many other tools to influence society, such as the media, education?

Unfortunately, there are not many outlets in Belarus with this theme. They are almost non-existent. We deal with non-formal education and art, trying other tools. Art is a more flexible form, which allows us to engage a wider audience than, for example, pure educational events. It is a more effective way of talking with an audience. Moreover, contemporary art is a sphere of personal interest for me, I collaborate with museums, carry out curatorial and exhibition projects.

But there’s a view that contemporary art is difficult in itself, plus the problematic topic. Do you manage to convey the content of the works, the main idea?

I think that we do. We always give the public the chance to discuss the presented theme with the artists and curators. The discussion helps to give art a voice. It helps to involve the viewer if he or she wishes to do so, of course. But even if a person is initially sceptical, the desire to discuss may arise in the communication process.

Do you have a general vision for your activities? In the goals of the organisation it is noted that you see your goal as disseminating information about those who “fall out of the sphere of visible and accepted”. Who are these people?

Normative behaviour is rather strict in Belarus. It is enshrined at the legislative level, excluding quite a big community of people who for different reasons do not fit the term “heteronormative”. Aggression on the part of society towards people who evoke any doubts with regard to their gender or sexual identity is fairly high. We try to be the voice of those people.

It is clear that the problem should be solved at the state level, but we do what we can. We can’t change the education system or healthcare. We know fully well our limits and limited resources. But we can draw in people who are interested in contemporary art with our topic.

Now we are trying to use museum format. People who go to museums are more conservative. It is a new audience for us. And we are beginning to work with them. I’ve called this process “queering” or “queerification”. This is what I would like to do in the future. I would like to continue to work with museums. To bring to Minsk not only the works of artists, but also invite them here to communicate with viewers. In early October, Dotyk will open a community centre in Minsk.

You work has had an effect. Were you able to change anything?

In terms of the visibility of the issue, yes. This I can say with confidence right now. During the last three years, the visibility of the LGBT community in Belarus has increased. And we can’t take all the credit, of course. With regard to decreasing the level of discrimination, it’s too early to talk about that yet. It is very difficult to measure this level. Instances of aggression took place in the past and continue to this today. And the number of various initiatives tackling minorities and women’s rights has risen too. 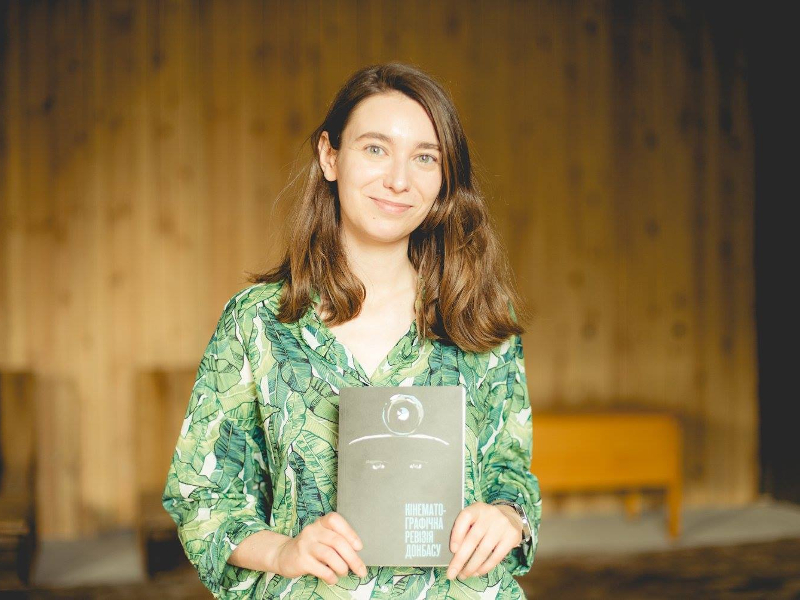 Donbas Cinematic Review: Why Do We Need To Research Filmography About The East Of Ukraine? 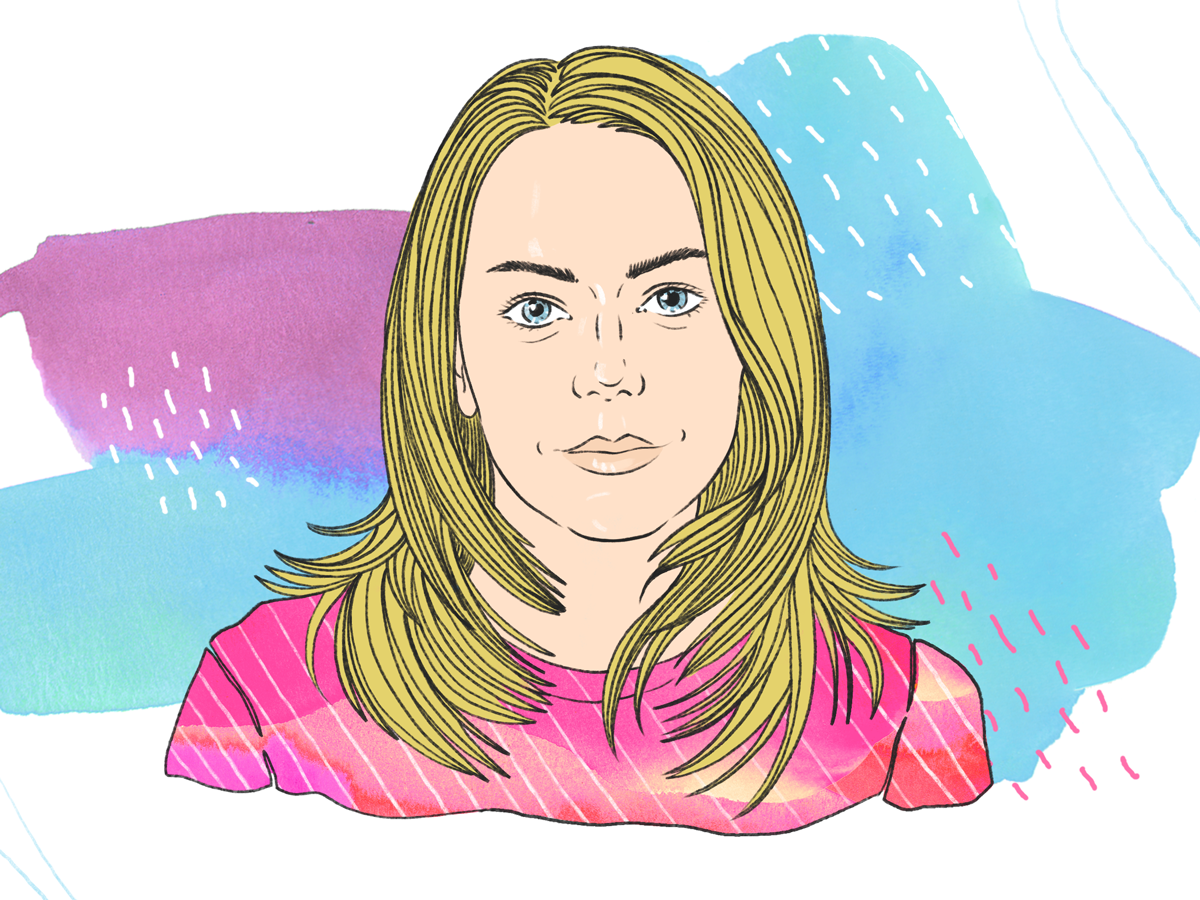 Anastasiya Nurzhynska: "Most successful spheres of economy have been and still will be related to creativity" 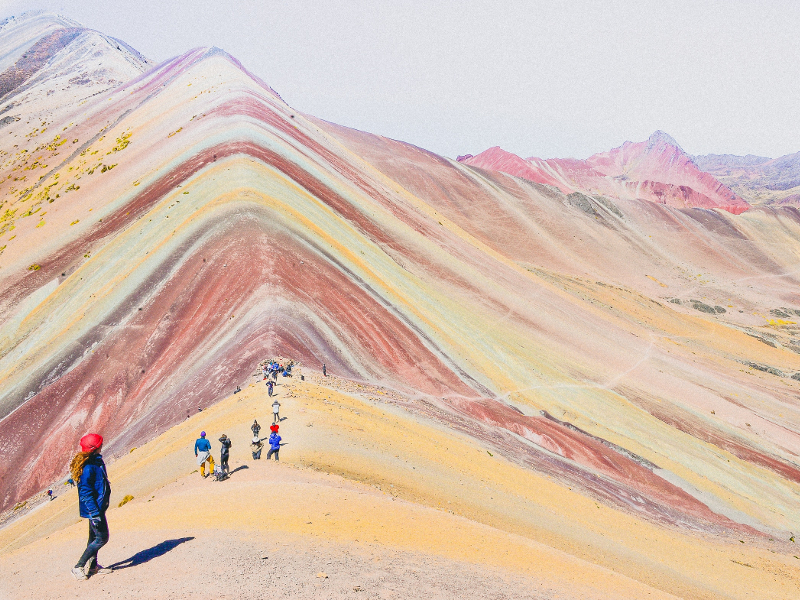 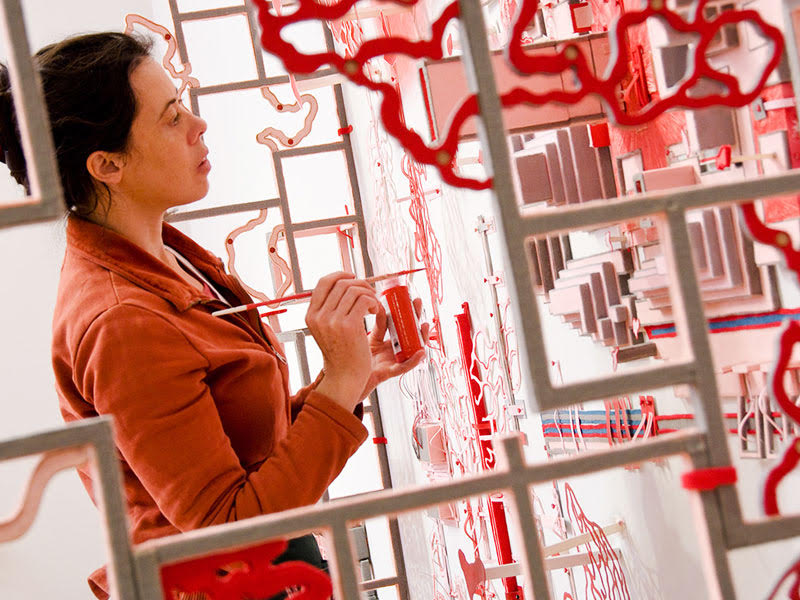