Terrorism, war, new technologies, rapid political take-offs and no less rapid falls – we saw pretty much the same things in the 1960s, the 1970s, the 1980s, and the 1990s. Significant changes able to shape a nation or change a society happened in long waves encompassing entire generations and not just decades. Indeed, the most significant trends of the 2010s were already very visible in 1999 or even 1989. Still, some long-wave trends have greatly accelerated during the last 15 years. Acceleration is an interesting thing. Sometimes it seems that walking, horseback riding, traveling by car or plane are just variations of a man’s aspiration towards mobility which has been around for thousands of years. But the difference between 3 or 300 kilometers an hour changes not only the speed of movement but greatly expands the horizon of opportunity. This article describes nine of the most significant trends in the global culture which have greatly accelerated since 2000. As usual, there are both pros and cons.

The most significant acceleration can be observed in communication technologies. According to the latest data, in 2015 the number of mobile communications users exceeded 7 billion people while in 2000 their number was just about one billion. Not only urban but also rural residents use WiFi. They can reach any place in the world from the comfort of their own homes.

The 2000s saw the emergence of technologies able to strengthen our relations. In 2010, Facebook became the most visited website, even though in 2000 it simply did not exist. Look at your friends list—if you are not a celebrity, most of them are people you meet in real life. The same trends can be observed in modern mobile communications technologies. They do not try to replace our personal communication. Instead, they aim to extend and deepen our communication opportunities for keeping in touch with people far away.

Attachment to the place

Strange though it may seem, the popularity of mobility after its intensive growth in the 20th century has significantly decreased in the early 21st century. Now only 10% of families are ready to change their place of residence. For young people, the question “Where do you live?” became more important than “Where do you work?” More and more people would agree to change their job to stay in their city, with families, friends and local culture, than to move somewhere for the sake of their work and career. The trend of the 20th century was to move far and high up, and the main trend of the 21st century will likely be to become deeply rooted. This trend may be closely connected with the previous one: thanks to the Internet and mobile communications technologies people now have huge opportunities for work and communication regardless of their place of residence.

The active development of cities started in the 2000s, but it is during the most recent decade that it reached its peak. And it is not just about the capitals. Even small towns previously known only for their criminal record and shadow economy transformed by some miracle into centers of trade and creativity. Naturally, city life has a lot of disadvantages; that is why the trend of working in the city and living in the suburbs has greatly intensified during the last decade. The suburbs are today the embodiment of reconciliation and tolerance as they are the places where different generations, the rich and the poor, the opposite cultures and values, become neighbors.

The end of the Majority

The majority started to disappear in the 2000s. Today we are all a minority.  Orthodox Christians and Catholics, Muslims and Buddhists, radicals and democrats are all in the same position. The world has never been so homogeneous and united at the same time, in cultural, religious and political aspects. Such a diverse society has a very hard time maintaining a state of harmony, and actually only one viable model for it exists: the world should transform in a community with the same rights and rules of the game for everyone regardless of the nationality, religion and social status.

We use communication technologies or attachment to the place of residence to create a virtual and real shelter from the diversity of contemporary society, the heterogeneity of which is felt more and more. Democrats demand more democracy, and reformers, more substantial reforms. Actually, the increase of polarity remains unnoticed as now practically any person can persuade a huge audience that they all have something important in common.

If our culture needs to be described in the future with just one word, this word will be “selfie”. The previous generations took pictures of themselves in the mirrors, but a reflection in the mirror does not show how other people see us. Now young people make selfies and see themselves with the eyes of others. Along with that, we learned to shape and improve our image for public consumption: bleaching, tanning, permanent makeup, liposuction, and wrinkle removal became regular procedures. The last decade brought us the term, “manscaping,” and this pretty much says it all.

Billionaires wear jeans. Celebrities, leading politicians and businessmen employ fewer bodyguards.  Now those who artfully showcase their informal communication are in a better position than those able to hide from the cameras. Most traditional institutions lose their value in the conditions of our informal society. Journalist codes on integration and objectivity just look funny in comparison with the raw truth of the Wikileaks. The institution of traditional marriage with vows and white dress became a foggy and far-off prospect for youngsters. People just started living together, and this transformed into an acceptable norm for adult relationships.

Today wealth need not be associated with real assets. The money has scattered all over the world like quicksilver. It has penetrated state borders, national and political regulations and has violated international financial standards with great skill. Everyone who does not wish to swim in this sea of liquidity must drown. As they say in the Wall street, “As long as the music is playing, you’ve got to get up and dance”. Money liquidity causes price leaps for oil, food and real estate, then the prices drop, and the cycle repeats indefinitely. Those who can trade on the market’s volatility earn fortunes. Those who have to buy and sell real goods now struggle.

In the 2000s, there were hopes that cultural elites would be able to change the world for the better. Today we understand that not a single elite has sufficient leverages of influence in the world of complex communications, various minorities and informal cultures. Nevertheless, all of this complexity instills hope. All in all, the human brain is also a complex, mutually related, varied and integral system, and during the recent years the world culture made several hesitant steps towards acquiring similar qualities. Facing risks and losses and expecting huge difficulties ahead, the global culture is acquiring something that can be referred to as intelligence. 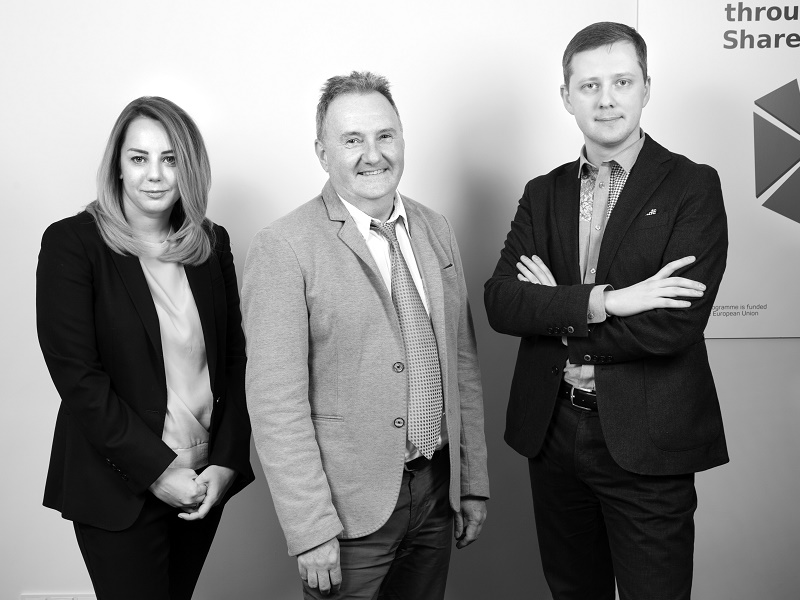 What Programme will achieve by 2018 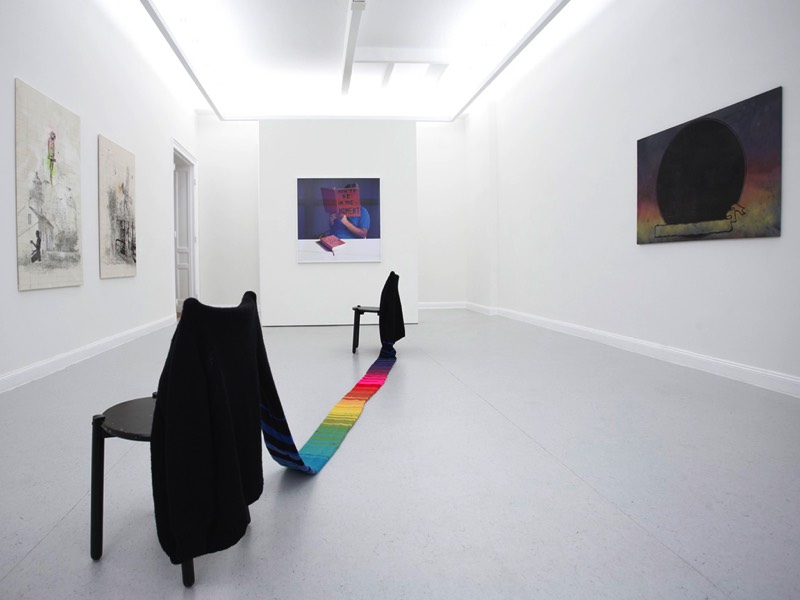 Art-managers: the present and further prospect of their profession

Profession of art-manager is rather new phenomenon in Georgia. There is a lack of professional certified personnel, that is why major attention is focused at the informal education. Therein, EU and Eastern Partnership “Culture and Creativity” Programme pl 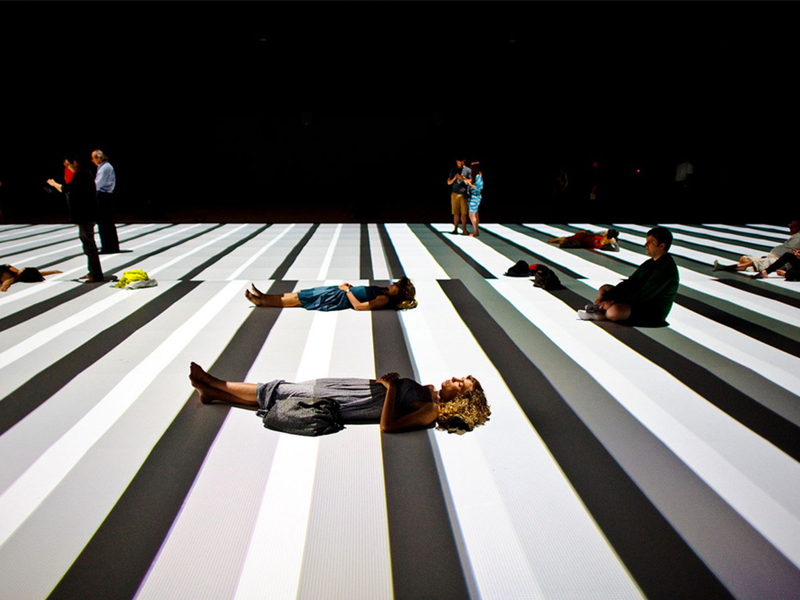 The British Council in Ukraine and the Liverpool Biennial are delighted to launch the second iteration of SWAP: UK/Ukraine Artist Residency Programme, aiming to connect artists from Ukraine and the UK and support their professional development and interna 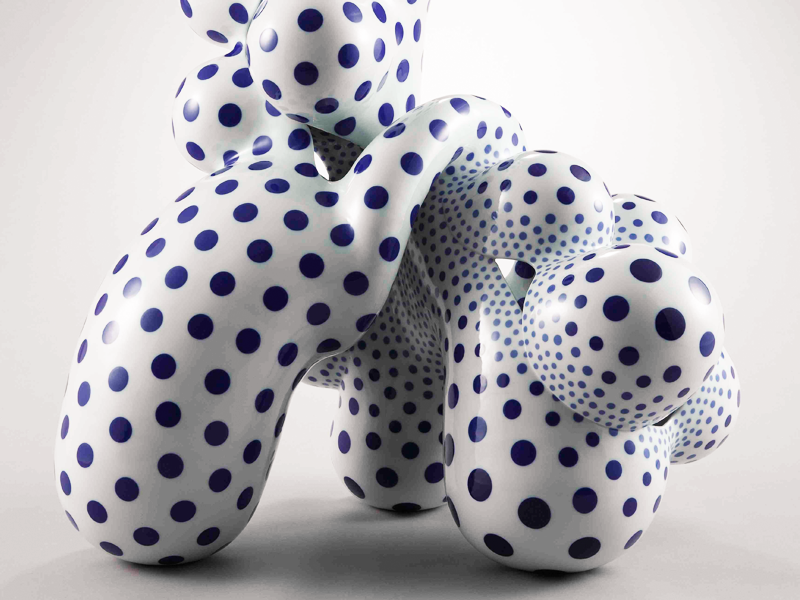