Sargsyan: Francophonie for Armenians is a culture and a system of values. Speaking at the opening of the 31st ministerial meeting of the Organisation Internationale de la Francophonie (OIF) in Yerevan, Serzh Sargsyan, Armenia’s President, stressed that Francophonie constitutes a culture and a systems of values for Armenians, SputnikArmenia reported. The event of this level has been conducted in Armenia for the first time since it entered OIF three years ago and united 500 representatives of 80 countries. The President also praised OIF efforts to promote understanding among different cultures especially at the time when new conflicts and division lines appear. Besides, Sargsyan called on OIF to jointly work on human right protection, migration, climate change, economic growth and youth development. SputnikArmenia More information

Nalbandian: relations between Armenia and OIF are ideal. Speaking at a joint press conference with Michaёlle Jean, Secretary-General of the Organisation Internationale de la Francophonie (OIF), Edward Nalbandian, Armenia’s Foreign Minister, stressed that the relations of his country with the organisation and especially with its Secretary-General are not simply good but perfect, Armenpress reported. The minister highlighted importance of the OIF adopted resolutions related to the prevention of genocides. Michaёlle Jean, in her turn, noted that the results of the OIF ministerial conference were positive. During her official meetings she discussed Francophonie’s projects of economic and political cooperation. Armenpress More information

Culture is a tool of propaganda, said culture-related senior official of Azerbaijan. Official web site of Azerbaijan’s Ministry of Culture and Tourism published an article entitled “Culture is a tool of propaganda” of Asif Usubaliev, a senior official of the ministry, exploring the role of culture policy in the country’s internal and external affairs. The author stressed the role of culture in uniting people and countering information campaign from outside, i.e. from Armenia. He also underlined that culture policy constitutes the center of Azerbaijan’s cultural diplomacy and its soft power. Usubaliev, moreover, assumed that global tendencies will increase the presence of culture mechanisms in political practices. In this regard he noted the role of Azerbaijan’s ministry of culture and tourism as well as the Heydar Aliyev Foundation in forming and implementing the country’s culture policy. Ministry of Culture and Tourism More information

Belarusian author for the first time received Nobel Prize in literature. Svetlana Alexievich, a Belarusian writer, was awarded by the Nobel Prize in literature 2015, Tut.by reported. The author became the first Belarusian citizen receiving this honorable award. The prize was awarded to Svetlana Alexeivich for “her polyphonic writings, a monument to suffering and courage in our time.” She became the 14th female out of 112 laureates of the prize. Tut.by More information, http://bit.ly/1LPEKYu, http://bit.ly/1Mrzncn

Lukashenko congratulated Alexeivich with Nobel Prize. “Your work didn’t leave indifferent not only Belarusian but also readers around the world,” said Alexander Lukashenko, Belarus’ President, congratulating the author with the Nobel Prize in literature. He also expressed his hope that “the award will serve to our state and to Belarusian people.” Belapan More information

Alexievich’ books will be included in Belarusian school programme on Russian literature. Tut.by quotes Serhey Vazhnik, director of Belarus national institute of education, saying that starting from the next year two books of Svetlana Alexievich will be taught in Belarusian schools. The works will be included in the school programme on Russian literature. Tut.by More information

Director of Berlinale visited Georgia for the first time. On 12 October, Dieter Kosslick, Director of Berlinale, reputable international film festival, visited Georgia for the first time, NewsGeorgia reported with reference to Georgia’s National Center of Cinematography. “Berlinale Director expressed his desire to see Georgia in person, to acquaint with the local culture, to talk with government officials and representatives of the film sector”, the statement of the Georgia’s National Center of Cinematography wrote. NewsGeorgia More information

Moldova holds Russian Culture and Spirituality Days. On 13 - 18 October, Moldova holds Russian Culture and Spirituality Days organized for the 12th time by the Coordination Council of Russian compatriots in Moldova, Transnistria and Gagauzia as well as by the Congress of Russian Communities, Newsmaker writes. The programme of the Days includes more than 40 conferences, exhibitions, master classes, workshops, free concerts, book presentations to be conducted in Chișinău, Donduseni, Edinet, Ocnita, Comrat, Cahul and other areas. Newsmaker More information

Russian film festival “Rendezvous with Russia” was conducted in Moldova. On 10 October, Russian film festival “Rendezvous with Russia” was opened in Chișinău. The welcoming addresses were delivered by Moldova’s minister of culture, Russia’s ambassador to Moldova and the head of Russia’s Gosfilmfond. The programme consisted of more than 20 modern Russian documentary and featured films demonstrated in Chișinău, Comrat, Balti and Cahul. Sputnik More information

An international project on cultural heritage actualization will be launched in Ukraine. The Association of Local Democracy Agencies ALDA (France), together with the Centre for Cultural Management (Ukraine, Lviv), International Consortium “EuroBelarus” (Lithuania), ICOM-Moldova, Millennium Foundation (Armenia) and the NGO “Center for Social Innovation” (Belarus), announce the start of CHOICE project aims at actualization of cultural heritage, Culture and Creativity reported. The project CHOICE (Culture Heritage: Opportunity for Improving Civic Engagement) is a two-year project aspiring to protect and rethink the cultural heritage as well as to strengthen the capacity of civil society organizations in the sphere of culture. The project will be implemented in Ukraine, Belarus, Moldova and Armenia within the framework of Eastern Partnership with the support of the EU. The CHOICE project considers the cultural heritage as a resource for development and strengthening of modern Ukrainian identity and European choice of Ukraine, the announcement wrote. Culture and Creativity More information

Former head of EaP Culture Programme highlighted links between culture and economy. LB.ua published an address of Luciano Gloor, former head of Eastern Partnership Culture Programme, to the Ukrainian Congress of Culture Activists in which he highlighted links between culture and country’s economic development. Gloor underlined the necessity to invest in cultural development even during the time of paramount security threats experiencing right now by Ukraine. He emphasized that culture boosts creativity and innovation, which in their turn, contributes to economic growth. To illustrate this he referred to France as an example, stressing that culture and creativity industries contribute to French economy 7 times more into the country’s GDP than automobile industry. Hence, Gloor called on Ukrainian culture activists present at the congress to actively spread culture into all spheres of social life. LB.ua More information

Head of Kyiv Office of Kennan Institute sharply criticized state authorities for lack of cultural reforms. Kateryna Smagliy, Head of Kyiv Office of Kennan Institute, published an article sharply criticizing culture-related state authorities (foremost Ministry of Culture) for lacking cultural reforms, KyivPost reported. Ukraine’s Ministry of Culture is not covered by major indexes monitoring Ukrainian reforms, she wrote, adding that the body ranks at the worst-performing institution in the government. Vyacheslav Kyrylenko became Ukraine’s Culture Minister on the strength of his connection to Prime Minister Arseniy Yatseniuk, not because of his visionary reforms, the author continued, noting that culture-related professional groups and MPs send an open letter asking to dismiss Kyrylenko for “causing more harm than doing good” to Ukrainian culture. National Reform Council, an advisory body under Ukraine’s President Petro Poroshenko, has not established any group to work on cultural reforms. Contrary to this “cultural” civil groups – the Reanimation Package of Reforms, Culture 2025, and the Congress of Cultural Activists – decide to combine their efforts and channel their energies into drafting documents and doing advocacy work. Smagliy also called on the US and the EU to help Ukraine connecting culture with economic growth. “Ukraine needs a leader who will reopen the dialogue with civil society and cultural groups, re-establish trust, and re-energize Ukraine's cultural life,” the article concluded. KyivPost More information

Ukraine to join EU's "Create Europe" programme. EU Commissioner Tibor Navracsics is going to visit Ukraine on 18-19 November in order to sign the agreement on Ukraine's accession to EU "Creative Europe" programme. Ukrainian media report about this announcement with reference to Viacheslav Kyrylenko, Ukraine's Vice Prime Minister and Minister of Culture. Accession to the programme "will give Ukraine an opportunity to benefit from foundation’s grant resources worth half a billion euros and finance joint cultural, art and heritage projects," Kyrylenko said. Ukrinform More information 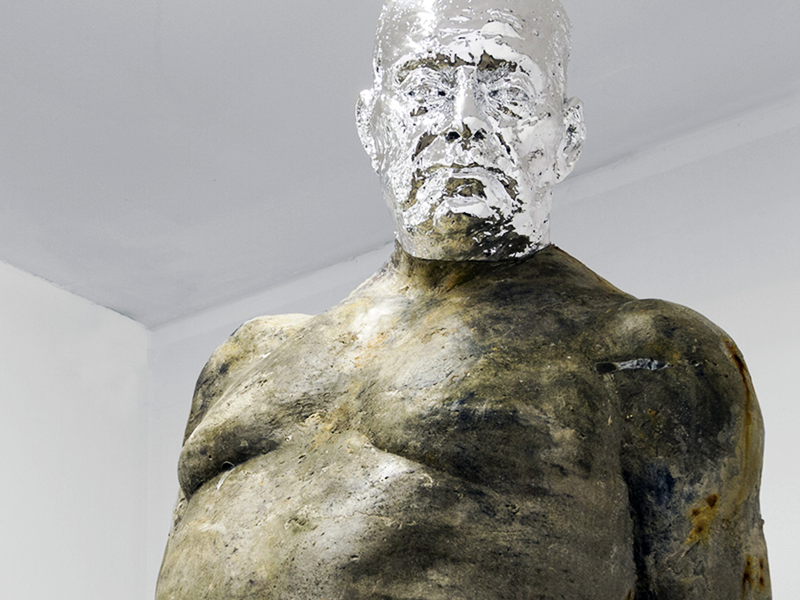 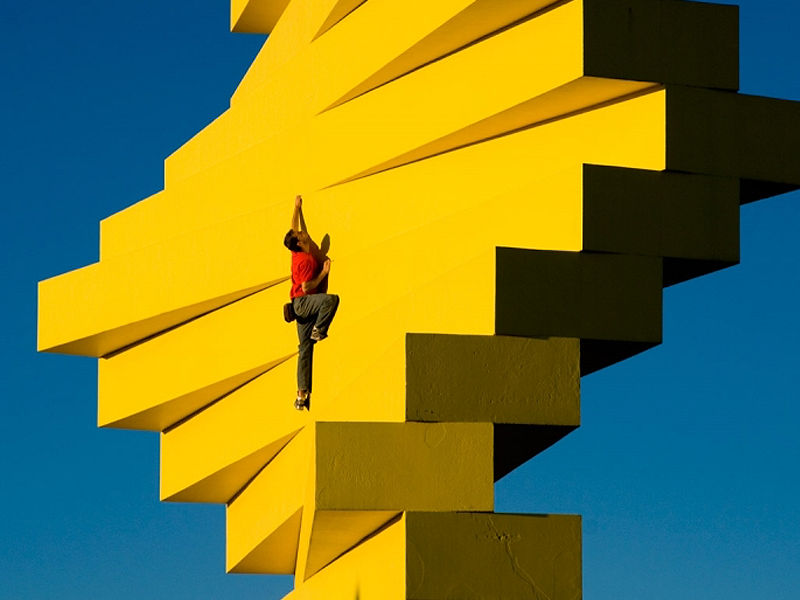 Arts for Inclusion: How Performance Helps to Integrate Young People

Sylvia Harrison, the project manager at Roundhouse*, shares her experience of creating an inclusive performance with young people with disabilities in Ukraine

Cultural entrepreneurship IN THE 21st CENTURY

This is an essay on cultural entrepreneurship as an accepted international academic body of knowledge. Written by Prof. Giep Hagoort 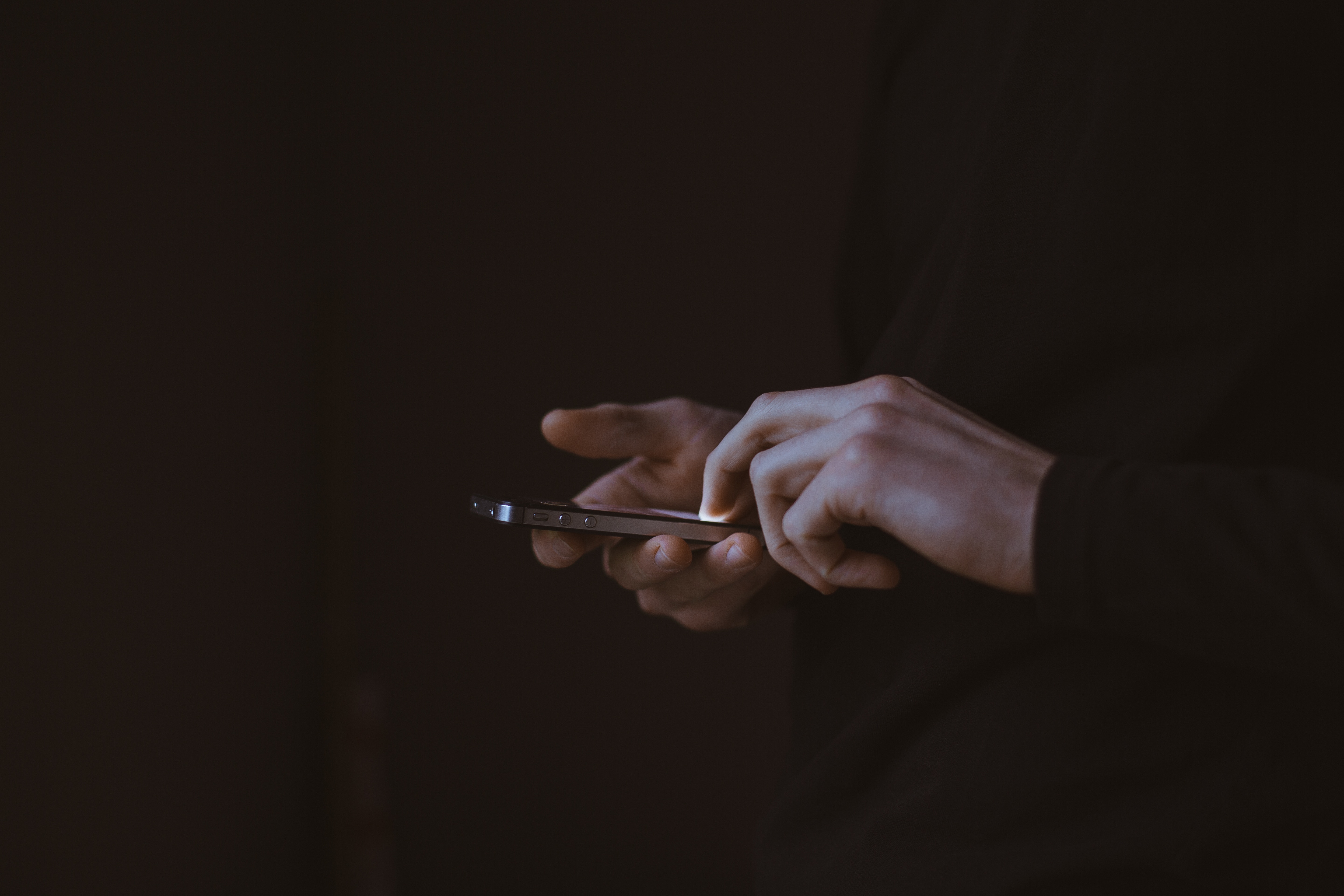 Literature, films, music, and even science. We have prepared for you a small list of websites and online magazines that do not just mention these spheres, but qualitatively explain and criticize.