Tim Williams is a team leader with the EU-Eastern Partnership Culture and Creativity Programme and has experience managing international cultural projects in over 45 countries across the globe. In addition to his work with the Programme, Williams was the Chairperson of the UK National Commission for UNESCO until 2016, where he advised the British government on international standards and conventions.

You’ve been working in the cultural sector for over 20 years. Do you see any specific changes in culture globally and in Eastern European countries (EaP) in particular?

Yes. The concept of cultural and creative industries is new. It’s only about 20 years old globally and is on the rise everywhere. In EaP countries, it has only recently started to gain momentum.

When we began the Programme in 2015, culture was seen as a state-supported sphere and included things like the national ballet, theatres, and museums, which are funded by the Ministry of Culture. This is already starting to change. For example, this year the Ukrainian Ministry of Culture established a creative industries department. Azerbaijan is establishing a national film commission to bolster the country’s creative industries. The Georgian prime minister declared that developing creative industries is one of his country’s key strategies for improving employment and developing the economy.

The new vision of culture is that culture doesn’t live in a separate box away from business. With the growth of artificial intelligence, manufacturing jobs will disappear in the next twenty years. There won’t be factory workers, as these jobs will be done by machines. So people and economies will have to be creative. Successful countries like Estonia, the Netherlands, and the UK, have creative people who develop the ideas that the machines then go on to make. This is the direction in which the world is going. It doesn’t stop when it hits the Polish-Ukrainian border; it’s a global process. So economic growth will rely on innovation, innovation will need creativity and creativity will need people with skills and knowledge in various cultural fields.

Of course, there will always be a national ballet or national theatre, and they will continue to be partially funded by the state. They exist in all countries, but it’s about how much they will be funded by the state rather than by audiences, cross-collaboration with IT and other sectors, or other investments. It’s about breaking down single income sources into multiple. How is cultural input measured in the economy?

The United Kingdom has been producing reports in this sphere in collaboration with international consultancy companies over the past 20 years. The latest report says that culture and creative industries bring €11 million profit to the national economy per hour. Last year the UK published a report that showed that music festivals alone attract over two million tourists to the UK, who also bring money to the local economy by paying for food and accommodation.

With our Programme’s reports on culture for development indications, we are trying to create a picture of the cultural sector in Ukraine. The findings show that culture generates around 4% of Ukraine’s GDP. It also employs at least 3% of the country’s workforce. So it’s bigger than the construction industry. That’s why this sector should be looked at seriously.

Does this mean that culture is merely about its contribution to the economy?

It is about much more than that. Aside from economic benefits, cultural initiatives solve social problems.

In the UK, there is a problem of radicalisation of young unemployed Muslim men. They are being targeted for recruitment by religious fanatics and ISIS. To address this concern, creative hubs are opening to help re-engage young people. It’s about formally or informally offering them an opportunity to take on productive activities.

This is also happening in Ukraine. I was just in Kharkiv last week and saw an amazing hip-hop and breakdance centre, not in the city centre, but in a residential district. This is getting young boys into something they are excited about, and also introducing them to wider cultural influences.

Another case is communities on the border between Armenia and Azerbaijan. There is a long-standing conflict between the two countries. The EU, along with the governments of Armenia and Azerbaijan, launched a peace programme in the region, which included arts projects, peace music festivals and media projects.

Communities may be at the frontline of a conflict but they are still be open to ideas and concepts related to peace. And the people who visit these zones as part of such cultural projects report that it is not only children who participate, but whole villages.

These types of initiatives have a huge impact. They help people to deal with the stress they are going through. When one cannot avoid conflict, it’s harmful to bottle-up the resulting emotions. Any form of self-expression is helpful. The only way to get out of depression is to talk about it, express it through drawing, or share it somehow.

Culture is especially good at reviving depressed regions. That is why you may see exciting new commercial developments near old industrial sites in many European countries. One of the best examples is a remote mining area of South Wales.

We studied a coal-mining town in South Wales before UNESCO designation and then compared it to the situation after designation. The town’s main street had many empty shops, but after they got the UNESCO status, there is a highroad filled with cafés and restaurants. Warehouses were converted into flats, and creative businesses have been set up. This is how you revive a dying city. It’s about finding what makes the city important and investing in it. That brings people back.

Now, together with Ukrainian art managers, we are developing a policy brief on developing city codes for Ukraine. This brief considers a coherent standard for what is important in a city, how it looks visually (it’s signage, lighting, street furniture, new buildings), etc. There is a need for all Ukrainian cities to establish design codes, but so far only some cities have completed them.  For instance, Uzhgorod has one. What do you think Ukrainian cities should change?

I will use Kharkiv as an example, because it’s a really interesting city. My impression is that the city has a lot of potential and creativity, but it lacks joint efforts where professionals work together despite their differences.

This is what differentiates post-soviet countries from EU countries. In EU countries, rival organisations often work together. For example, left- and right-wing press can work together as a united press. The Panama papers was the result of a massive collaboration of left- and right-wing media all over the world. When the broadcasting law is changed, all the media come up together. Here it’s still tribal and lack of trust.

In Kharkiv, there are more than 13 different theatres. They work independently and think they are rivals even though they all offer different products and experiences. They just don’t collaborate, and I think that is their key weakness. If they worked together, they would increase their potential.

Futurism runs through the veins of Kharkov. Kharkiv has the first cinema in the Soviet Union (which is still working). It is the main hip-hop centre for all of Europe. It has the only university-level contemporary art programme, a great contemporary art gallery, and the country’s first industrial design centre at KhudProm and the first example of Ukrainian modern architecture [Kharkiv State Academy of Design and Fine Arts]. DerzhProm is the second most important constructivist building in the world after the Bauhaus in Dessau. If a western European city had these kinds of assets, it would promote them through collaboration.

Kharkiv is a city of the future, but at the moment people’s trust is broken and lacks leadership. And that’s what really frustrates me: people are waiting for some perfect day, when all of society works brilliantly, everyone is honest, and there’s lots of money. That day will never come. So my advice is to just start now, overcome your differences and build your future.

Artists should come together to make Kharkiv a cultural and touristic centre. The city already has the world there. It has students from Africa and China. It’s a global city. Last year I saw the “Palats Ukrainy” building in Kyiv all covered with a big advertisement for the city of Batumi. Why not advertise Kharkiv aggressively in Kyiv?

What are other challenges to the development of Ukraine’s cultural sector?

You still have a post-soviet structure. In the Soviet model, the party controlled creativity, distribution and sales. It gave the false impression that creative people are separate from society. That they are either drug addicts or incredibly precious and exist outside of the economic chain. In Europe, we don’t share the same view. Here everyone from Pavorotti to Picasso was a part of the economic value chain.

Ministries in the 21st century should not be focused on paying the salaries of theatre staff, but instead on developing, supporting and promoting Ukrainian products, advising companies on exports, or introducing tax relief. Many European ministries are focused on this.

What would you recommend for people who want to work in the cultural sector?

Get the basic skills first. Before you start developing creative projects or using innovative approaches, make sure you know how to write a budget, manage a project, promote a project and delegate responsibility to your team. Have the skills, be professional, and manage people well: those are the main things.

As for the creative component, I think everyone is creative and should be creative. It’s the only way to survive in the future, whether you are an accountant or a police officer. Without creativity, we all will be replaced by machines.

What would you recommend newcomers to cultural management learn?

David Parish’s book on creative management, called “T-Shirts and Suits” gives management lessons based on the real-life stories of people who work in the creative sector.

Our programme provides workshops for cultural leaders to push them to realise their potential. Many more useful tips, online courses, and open calls, are available on our website: www.culturepartnership.eu 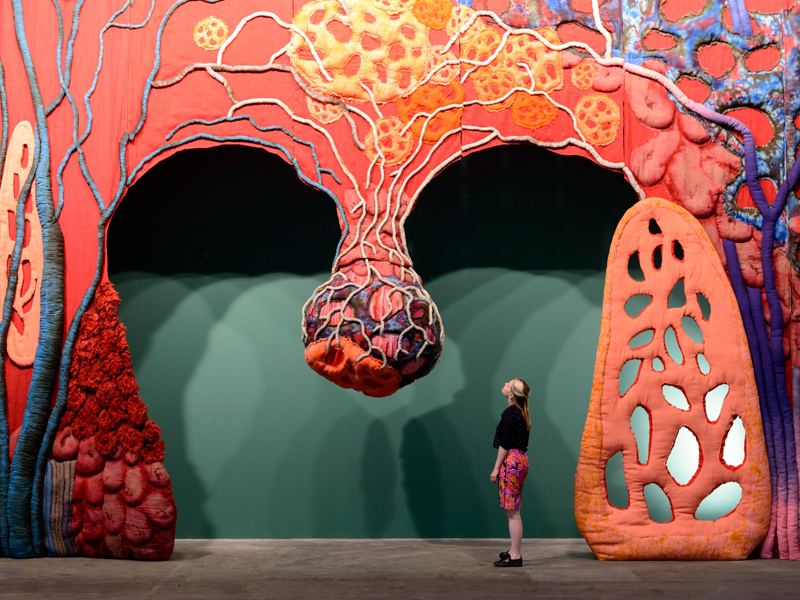 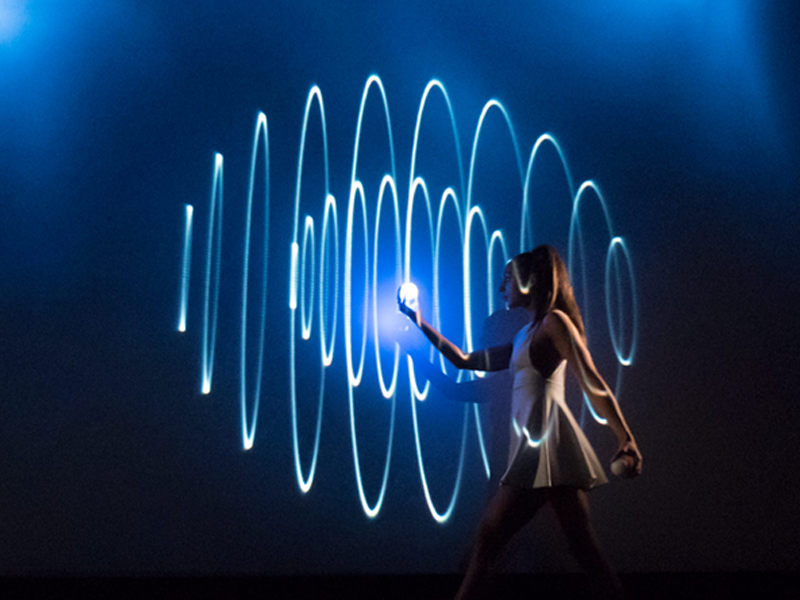 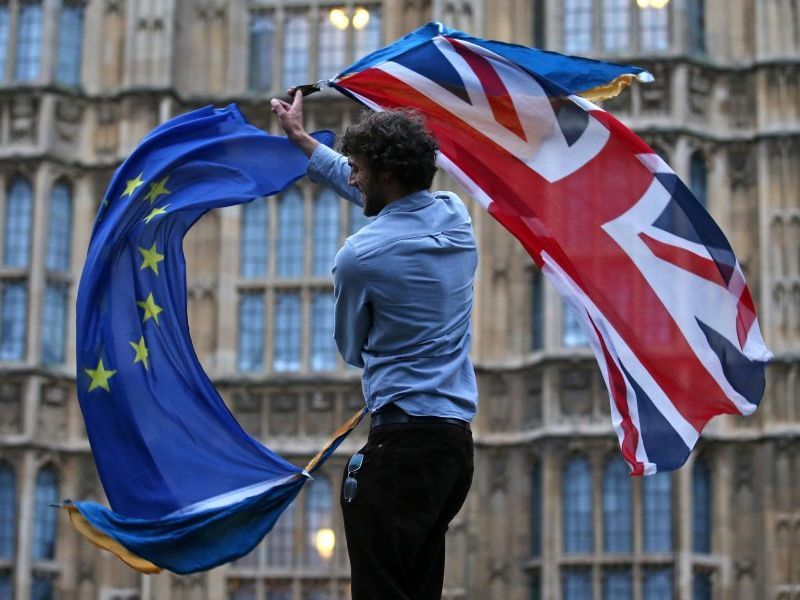 Arts and Culture after Brexit 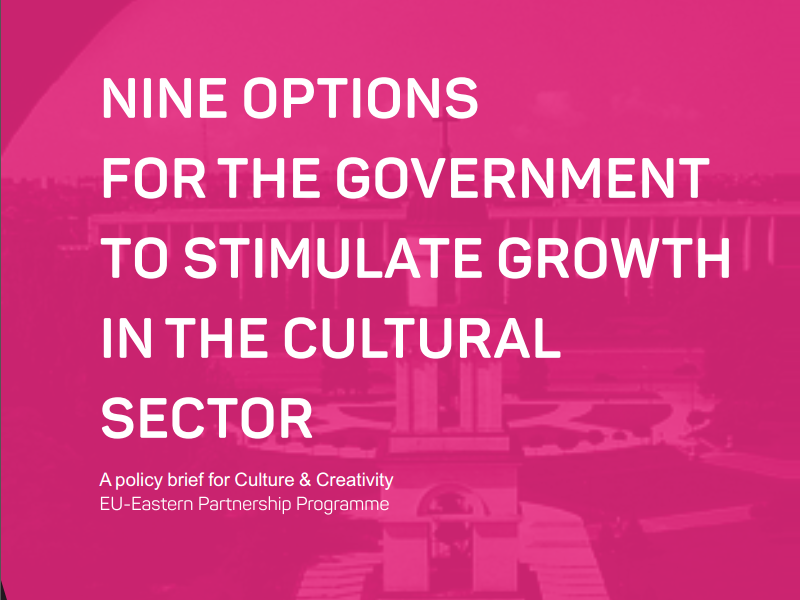