Armenia
Deputy culture minister summed up the achievements of 2016 so far. Artur Poghosyan, Armenia’s deputy culture minister, held a press-conference dedicated to the achievements Ministry of Culture had during the first half of the year, Ministry of Culture website informs. Poghosyan noted the importance of diverse programs aimed at the preservation and development of Armenian culture, which were implemented by the Ministry. According to him, among the major achievements of the first semester are numerous legislative initiatives on the regulation of cultural sphere. Ministry of Culture of Armenia
More information
Azerbaijan
Baku will host Fourth International Theatre Conference in November. The Fourth International Theatre Conference titled "Multiculturalism and the Theater,” organized by the Ministry of Culture and Tourism, will be held in Baku on 6-10 November, Ministry’s website informs. The conference will take place as part of the State Program "Azerbaijani theater in 2009-2019 years" and bring together 150 theater experts from 40 countries. Ministry of Culture and Tourism of Azerbaijan
More information
Azerbaijani artist performed in Germany and Netherlands. Salman Gambarov, Azerbaijani jazz pianist and composer, head of the Pop and Symphonic Orchestra at the Rashid Behbudov State Song Theater, took part at the “Stars from All Eastern Countries” concert in the cities of Germany and Netherlands, AZERTAC news agency reports. He performed in duet with the French jazz musician and tuba player Michel Godard. AZERTAC
More information
Belarus
“Listapad” International Film Festival will happen in November. About 600 participation applications have been submitted for the “Listapad” Minsk International Film Festival, which will take place on 4-11 November, the press service of the Belarusian Government informed. This figure was announced at a meeting of the permanent organizing committee of the festival chaired by Belarus’ Deputy PM Natalia Kochanova.Ministry of Culture of Belarus
More information
Antique books found in paper recycling container in Minsk. Rare folios have been found by specialists of the recycling company in Minsk, Euroradio informs.  The oldest book is Franciscum Przyłęcki’s “Compendium Theologiae Moralis” which was printed in Vilnius in 1765. “The Psalter” published in Kyiv in 1888, the first volume of Pamyalouski’s Works (1909) and A Collection of M.V Gogol’s Works (1921) were also found in the container. These valuable books are presented to the National Library. Euroradio
More information
Georgia
Tbilisi Art Palace: First Georgian museum featured by Google Cultural Institute. A Tbilisi art museum is the first to be showcased by the world’s largest online art database uniting collections from some of the world’s leading art venues, Agenda.ge reports. Visitors to the Cultural Institute webpage can now view more than a hundred separate paintings and photographs showcasing the legacy of Georgian artists. Agenda.ge
More information
Georgian dance troupe co-founder features in German premiere. The Old Malthouse Culture Centre in Regensburg will host the maiden performances of Art of Dream, a new contemporary work by three independent artists, including Georg Sosani, a co-founder of Germany-based Sosani Dance Theatre, Agenda.geinforms. The three artists seek to "take their visitors with on an impressive journey into the world of dreams," preview of the show claims. Agenda.ge
More information
Moldova
Artists from 10 countries participate in "Maria Biesu" festival this year. Opera and ballet stars from 10 countries — Germany, Italy, Poland, Belarus, Ukraine and others — participate at the XXIV edition of the International Festival of Opera and Ballet "Maria Biesu", which is taking place in Chisinau on 9-18 September,Moldpres news agency reports. The festival is organized by the Ministry of Culture, the National Theatre of Opera and Ballet “Maria Biesu” and The Musicians' Union of Moldova. Moldpres
More information
Over 50 children's libraries joined the Novatec program. More than 50 libraries for children in Moldova will be technologically modernized as a part of a new phase of the Novatec program, trm.md writes with a reference to Radio Moldova. "It's a new stage of cooperation with the Novatec project, launched several years ago. 758 public libraries across the country have been renovated and equipped with over 2,700 computers,” culture minister Monica Babuc stressed. Novatec program takes place with the financial support from the Bill and Melinda Gates Foundation, in partnership with USAID. Trm.md, Radio Moldova
More information
Ukraine
Ukraine discussed cultural partnership with Hungary. Svitlana Fomenko, Ukraine’s deputy culture minister, met László Csaba Pap, Deputy Head of Hungary’s Mission to Ukraine, to discuss the future plans in cultural partnership between two countries, Ukraine’s Ministry of Culture informs. Another issue parties discussed was a protection of minority rights in Ukraine and Hungary. Ministry of Culture of Ukraine
More information
Culture manager: It’s important to show how culture affects all spheres of social life. In a conversation with Platfor.ma Magdalena Krasowska-Igras, Polish culture manager who visited Kyiv, stressed the importance of communication for people working in cultural sphere. “I notice that people working in cultural and creative sector often forget about social implications of their activities. Showing the role of culture and how it affects the development of other spheres, including the economy, is a very important thing that can be successfully used in the informational campaign,” Krasowska-Igras emphasized. Platfor.ma
More information
Cabinet of Ministers approved the law draft on the ban of anti-Ukrainian books. The draft law calls for prohibition of all those books and mass-media that call for the seizure of power, forcible change of the constitutional order or territorial integrity of Ukraine and make propaganda for war, UNIAN news agency writes. Oleg Nalyvaiko, the Head of State Committee for Television and Radio-broadcasting, said that the draft was created to counter Kremlin’s propaganda and to strengthen Ukraine’s legislation concerning the prohibition of propaganda of xenophobia, terrorism and separatism. UNIAN
More information
Culture ministry launches Institute of Book in Ukraine. Implementing an order of Ukraine’s President Petro Poroshenko, Ukraine’s culture ministry launches the Institute of Book, NV.ua writes with reference toUKRINFORM . “It is designed to support writers, disseminate books and present Ukrainian books to European community,” Yevhen Nyshchuk, Ukraine’s culture minister, said. NV.ua, UKRINFORM
More information
Other interesting stories:
Opportunities 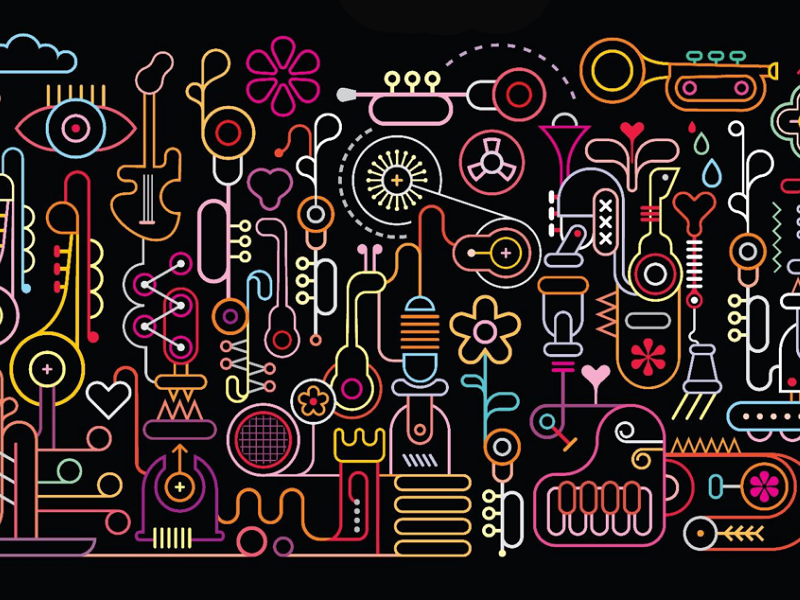 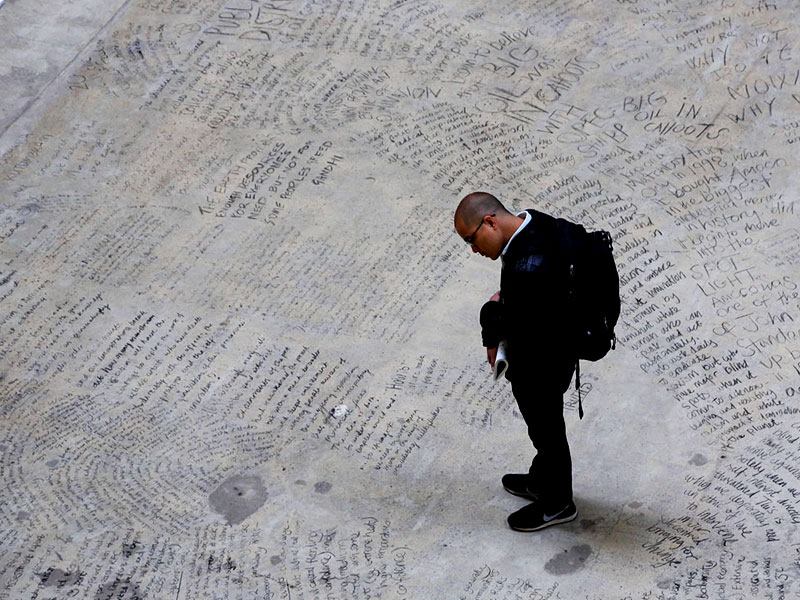 WHAT DO THE RESULTS OF CULTURE MONITORING LOOK LIKE?

Our discussion continues on cultural observatories, which are non-profit organisations that monitor various cultural processes. In this part, we will talk about the results of the activities of these institutions 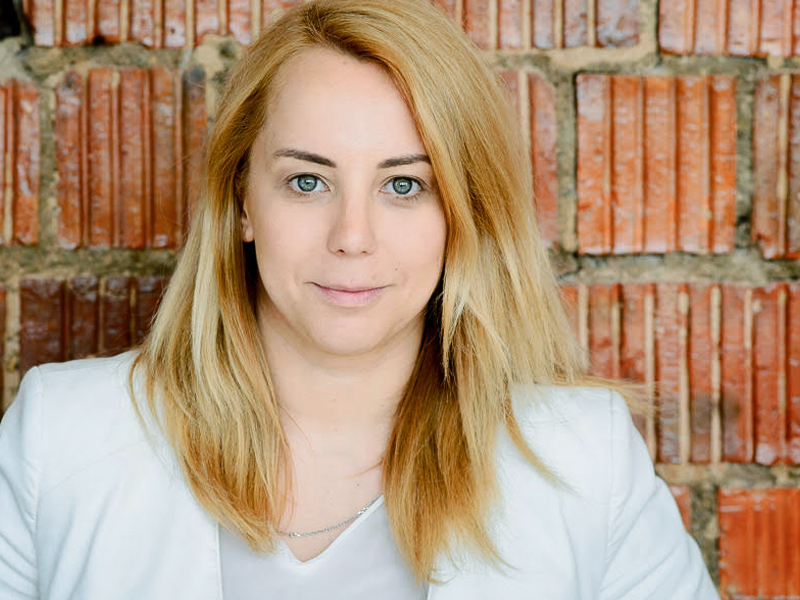 Anastasiya Nurzhynska: “Communicating with everyone, you reach no one.” 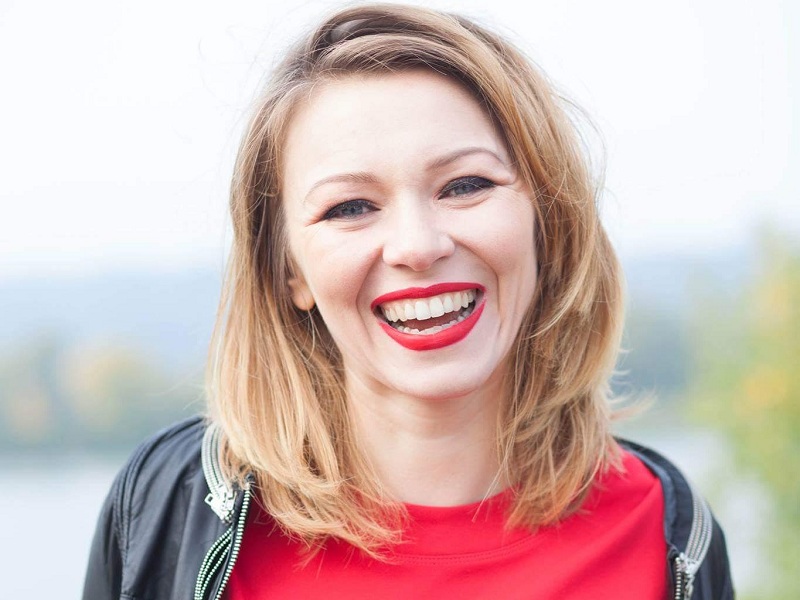 5 Practical Tips from Olena Pravylo: How to Apply for Creative Europe for the First Time

Cultural manager and activist, co-founder of the Congress of Cultural Activists Olena Pravylo explains why it is worth applying to the programme and shares her own experience of preparing a project