My name is Siobhan Warrington. I will talk about what I call “oral history” or “oral testimony”, and about the development of oral history and its use around the world.

I have a grandmother; I call her Nana. When I was 16, I was asked at school to do a project on local history. I said, “I want to do a project about my grandmother: she’s local and she’s ‘history’!” I had never heard of oral history, but somehow the idea to record what she said occurred to me. I invited her sister and recorded their conversation about their childhood in the village near a coal mine in Northern England. We went to that village, walked around, while they talked about the places they grew up in.
Soon I enrolled at university and began to study anthropology. I wrote my thesis and travelled to the Hunza Valley in Northern Pakistan, in the Karakoram mountain range. I took a tape recorder and conducted several interviews with women. I was interested in exploring relationships between women, local culture, because I could see the contribution to cultural change in Northern Pakistan where women do not play a big role in the public sphere.

Once back home, I began working at the Agency for International Development, conducting research. It was then that I had the idea for the project on oral history, Women on a Highway. It was about a part of the Karakoram Highway, connecting Islamabad in Pakistan to Kashgar in China. Various Muslim communities live along this road: they have different languages, scenarios for economic development and educational levels. I wanted to do an oral history project on women living there, and applied for funding. But I was 22, and I had never before drafted an application. In short, I did not get the money. I went back home, to Middlesbrough, and began working to make ends meet. Once, I saw an advert in the paper about an opening for a specialist in the oral testimony programme at Panos Institute. It turned out that there was actually such a profession, where you would need to work with oral history in the context of international development. I wrote in response to the ad and described my failed project, and I got the job. I worked in the Panos oral history programme from 1999. Over the course of its 20-year history, the programme worked on projects in 57 countries. Together with partners, we recorded more than 30,000 oral testimonies. What is oral history?

There are three different names for this phenomenon. I use the term oral testimony, other call it oral history, and sometimes we talk about life stories. I use the term “oral testimony” because my work is less about history than it is about using the method of understanding, development problems, problems of time. By oral testimony, we refer to the result of the recorded interview, audio or video. This is not just a collection of facts – we value the subjective, personal, emotional, incidental.  That is why we gather the specific memories, experiences and opinions of individuals.

When it comes to oral testimony or oral history, we are talking about recording interviews or accounts, about how we preserve them, archive moments that are important for historians. We view these interviews as a source of historical information, so it is important to archive and preserve them. The third part of this process is dissemination of information, the possibility to share these stories with the world.

The history of oral testimony as a method

I will talk a little about the development of oral history. In the middle of the 20th century, in the folklore circles of the UK, people began taking an interest in recording various forms of dialects and accents. They were also interested in documenting disappearing rural traditions.
In the 1960s, there was growing interest in recent history, and a desire to record the details of household life and working life of the working class emerged. In the 1970s, oral history societies in the UK began to rapidly develop. During this time, Paul Thompson, the “grandfather” of oral history in the UK, published Voice of the Past.

In the UK, oral history has both academic and activism roots. Today, several universities in the UK have oral history faculties, and it is used as a methodology in researching humanitarian projects.
There is a long-standing tradition of using oral history in volunteer projects relating to local history (people wishing to document their history, and to that end they record interviews with local residents). There are also projects of oral testimony where people are united by interest or experience: they can be people living with HIV, or displaced persons as a result of conflict.

I believe that this knowledge really matters. For example, when a displaced person narrates their story, this is very important, and it is as important as a scientific report on the displaced. Oral histories, interviews, testimonies offer us powerful content for communication and awareness building.

Oral testimonies are first-hand accounts from people who have experienced something. I think that this method is extremely useful in communicating with people who have experienced great upheavals, such as displacement. When serious changes occur in your life, you want to talk about this, it is important for you to document the possible impact of these changes on your social, cultural and personal life.

This method is very good when working with marginalised groups, whose voices are not heard or understood by the rest of society. Interaction with these stories helps to understand much and find common aspects of human existence. Have you heard of the British Library? Many oral stories are preserved there: for example, The National Life Stories, a series of oral stories of architects, artists, bankers. The Crafts Lives project’s value is in the possibility of live communication with artisans. Or the Disability Voices, a project on disabled people, etc.

There is also the radio project Listening Project, where two people who know each other are invited and offered to talk about something that matters to them. It could be swimming, philosophy or living in a family with ten children. Listening Project draws a lot on StoryCorps, a project implemented many years ago in the US. It was carried out at the Grand Central Station in New York, where a booth was set up and two people at a time were asked to come in and narrate stories for recording. The founder of the project received the TED Fellowship Award a few years ago. This helped him create the StoryCorps App, so as to attract as many people as possible to recording stories.

Projects in oral history also exist outside the UK. For example, in the US they can be found both in scientific circles and at the level of projects by individual activists. There was this amazing man Studs Terkel. He died at the age of 96 and always spoke of himself as a man “celebrated for celebrating the uncelebrated”.  He wrote a wonderful series of books titled Working, and worked as a radio host, helping to develop oral history. He said important things about interviews. For example, that the interviewer should remember four things: firstly, listen, secondly, listen, thirdly, listen, and fourthly, listen. If a person trusts you with their memories and experiences, this deserves careful handling and respect.

Among other things, I also work as an editor of the international department of a British oral history journal.  Twice a year, I type into Google oral history projects around the world and also ask people to share news and articles about themselves. Last year, there were oral history projects in Iceland, Brazil (25 years later, women who were interviewed in Brazil in the 1970s on feminism were interviewed again). In Myanmar, there is the Yangon Voices project, dedicated to photography and oral history about historical buildings in the old city. There are similar projects in South Africa. People often use oral history in various formats, for example, in combination with photography or animation. Thus, a few months ago, a play based on Svetlana Alexievich’s Chernobyl Prayer was staged in London.

In Ukraine, we are carrying out a project about parents and their disabled children. They talk about how they feel, and how other people perceive them and their children differently. Narrating their stories, we also understand what they have in common with other parents and what sets them apart. I think it is very important to help in situations where we are dealing with social stereotypes and prejudices. These are not just stories, this is knowledge about specific issues.

We trained 12 parents of children with disabilities to be able to interview other parents with such children. Giving an interview to another mother, the mother feels that she can be more open, because the interviewer understands what she’s gone through, there is mutual understanding between them; as a result, the atmosphere is more informal. We all love it when others listen to us. Just sit down and talk about our experiences and our knowledge, about something important to someone who is not indifferent – this offers relief.

One mother said: “Don’t feel sorry for us. Accept us.” Another woman said about her husband: “I’m very grateful to him. I was horrified when I found out that my child was sick, and I couldn’t get myself to take any decision at all. And he said: ‘It’s our daughter, come what may.’” Another mother said: “For the rest of society, a child with autism is like an alien.” I don’t like the word “therapy”, but recording oral testimony can help people feel better.

After the first seminar some mothers said to me: “I feel that I can do something, I feel that I can make a contribution.” After the project, they received letters of recommendation that mention their interviewing skills. They really do have them, and this is precisely what is required for this job.

There are many ways to use oral testimony. In Pakistan, a large-scale theatre production was created based on the oral testimony of people living near a polluted lake, and in Madagascar this works as a radio programme. There is an oral history book from Kenya, the first to be published in the local language. There are many such examples.

I think that oral testimonies are really important. They have great potential for application in cultural heritage, education, and awareness building. We can use them in research and communication, and also to build skills and develop communities. 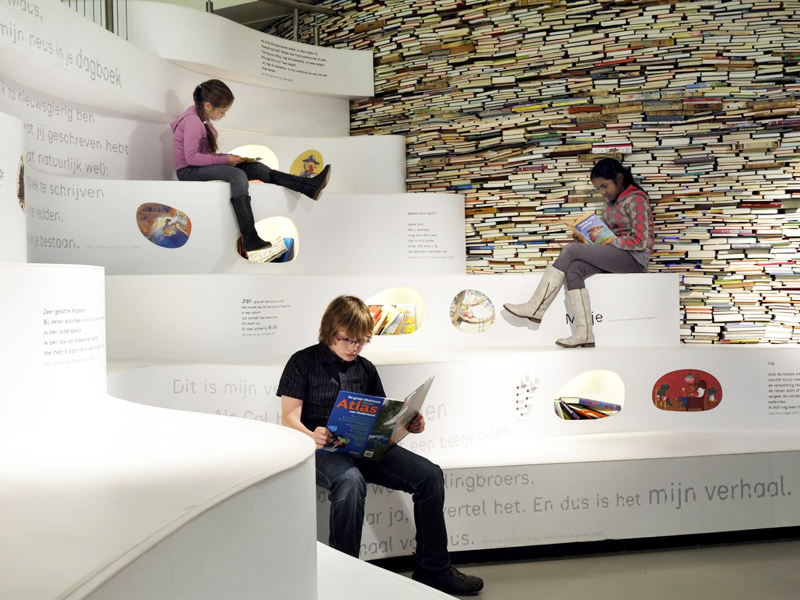 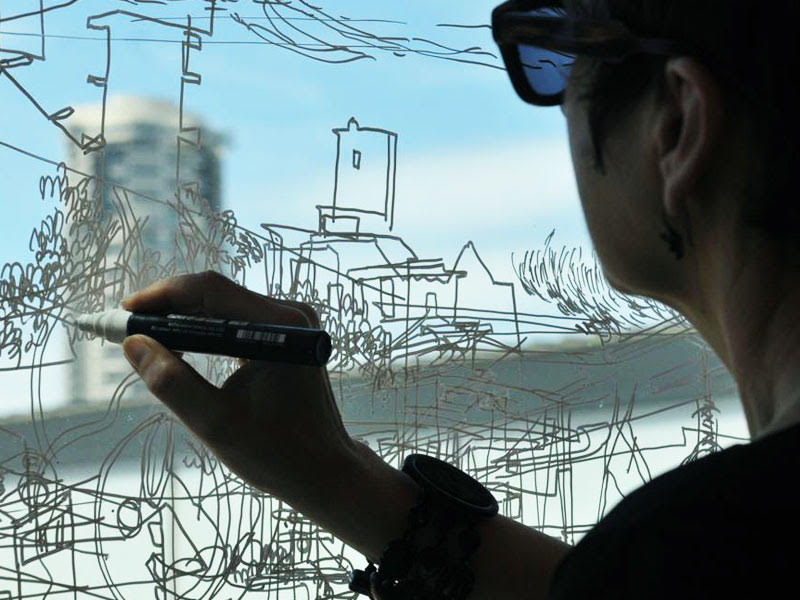 THE TOP-13 NEWS OF THE FIRST TWO WEEKS OF SEPTEMBER 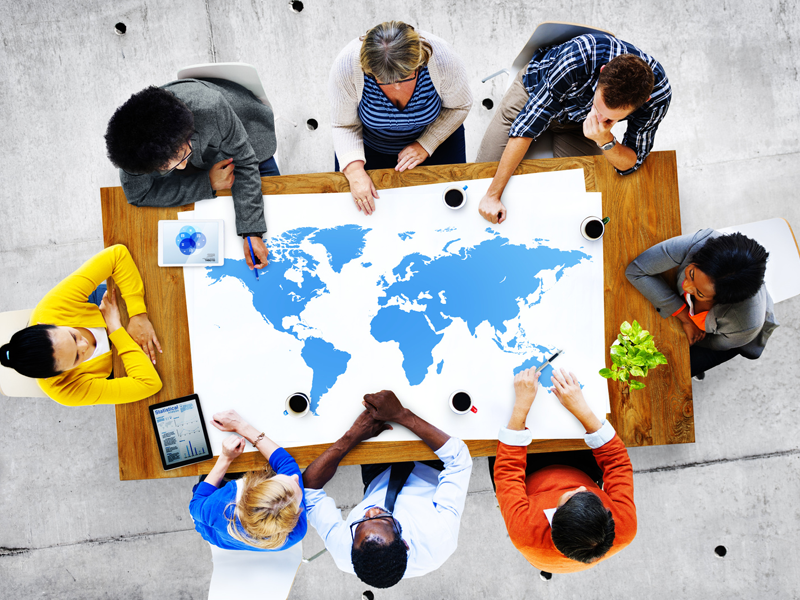 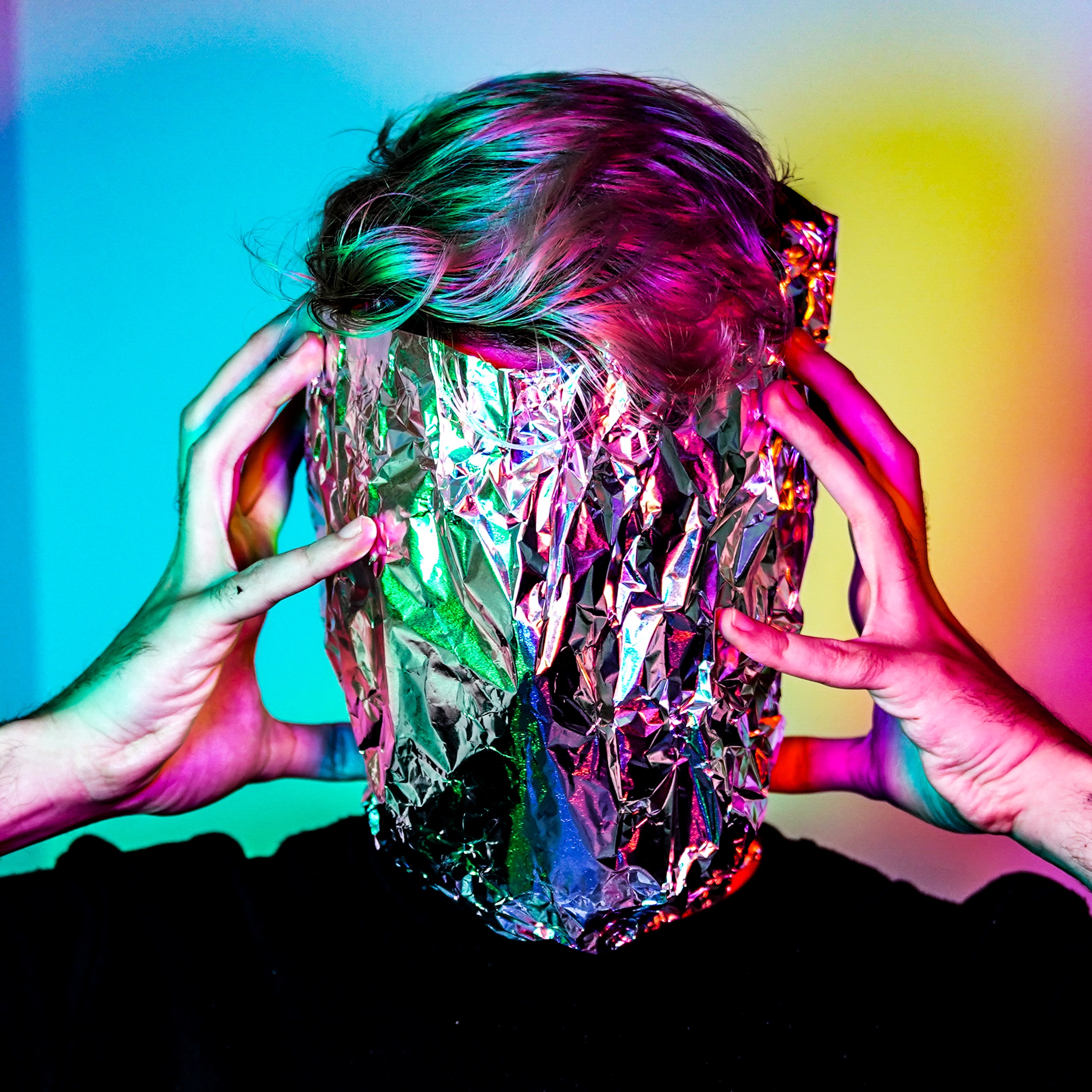