World analysts talk about the inevitable economic crisis. How might it affect cultural industries of countries like Ukraine?

Although economic crisis always affects the sector, the last years have proven cultural industries to be quite resilient and capable of adapting to new economic contexts and of moving on. Indeed, culture is usually one of the policy areas that public authorities and sponsors decide to disinvest on. Such decisions, in my view, root, from a narrow vision of culture that ignores its wider economic and social potential, but rather considers it as a mere entertainment. So, it can be easily cut down in times of crisis.

Yet the sector has always been active and self-motivated. Flexibility, adaptability and mobility are common to artists and cultural operators; otherwise, they would not have made a living in such poorly regulated and structured professional area. Therefore, I am sure that despite the increased difficulties that economic downturns may provoke in the sector in Ukraine, just as in the rest of Europe, cultural professionals will carry on their endeavors. On the other side, crisis’s through history are known as periods that even reinforce creativity and imagination of professionals. Thus, Ukraine is quite well positioned as I have witnessed here highly dynamic civil society and creative entrepreneurs.

Which areas of Ukrainian culture, in your opinion, need to be institutionalised and developed in the near future and why?

Cultural and creative industries consist of a varied set of disciplines and all of them are relevant since they inspire and provide cross-inputs into each other. There is indeed a need for recognition from public authorities as well as private sector of the potential of this whole diverse sector.

In my report, I have highlighted the actual dynamism and prospective of sub-sectors such as publishing, audiovisual/film and fashion in Ukraine. Furthermore, the Ukrainian rich cultural heritage, including museums and crafts, as well as the performing arts are areas of great potential, notably in connection with expected tourism growth in this country. New disciplines, on the other hand, like media arts, ought still to be recognised in their creative and artistic status and to be included in frameworks and programs.

Above all, I would like to stress two main needs. It is crucial to invest in improving managerial skills and practices among culture sector institutions and operators so that they may develop and improve their practices notably at the level of communication and interaction with audiences; as well as promoting interdisciplinary and inter-sectorial interactions, notably between ICT and artistic and cultural disciplines. Only this way the intrinsic significance of the sector can add value to other industries and areas. Last year the Ukrainian Institute was created. It is an institution that should present Ukrainian culture abroad. Now we have the usual problem with government funding. What are the prospects for the existence of such institutions without state support?

Such an institution may play a pivotal role in promoting the country’s culture and talent abroad, and I salute the creation of the Ukrainian Institute. Close cooperation between the Ministries of Foreign Affairs and Culture, may result in the promotion of a contemporary and dynamic image of Ukraine worldwide, the collaboration with diasporas as well as the internationalisation of Ukrainian cultural industries encouraging actually overall Ukrainian trade and export. Therefore, besides the relevant State support, these institutions would need to build up innovative business models and sponsorship plans so that the private sector, the country´s industry, may also support their initiatives since it is also of their direct interest.

Which Ukraine can be interesting for exporting abroad?

Ukraine is such a rich and diverse country with an incredible cultural tangible and intangible heritage that combined with its acclaimed digital resources, notably at the human resources level, these are excellent conditions to produce innovative products and services with potential to attract visitors but also for export. For instance, bearing in mind the dynamism of the civil society alongside the dynamism of the ICT sector in this country, it would be great if Ukrainian creative professionals could contribute to advance solutions for expression and participation of citizens/users in their cities/countries policy-making. The existing gap between authorities and citizens/civil society in Ukraine is also a concern for so many other countries, so the promotion and facilitation of user-driven solutions and collective creativity platforms are key innovation area nowadays.

In Creative industries, report for Ukraine you wrote about cultural initiatives like IZONE, UNIT City etc. You mentioned that creative hubs are scattered and do not have a common strategy. How could this problem be solved considering that each of these initiatives is independent?

Indeed, the diverse creative communities still operate very much in separate silos without necessary connections and collective voice that is crucial for adequate advocacy and representation. This is the case for various creative hubs that emerged in Kyiv, but also throughout the whole country, which is again a proof of the sector and its entrepreneur’s dynamism. Changes are also much needed to come from within the sector. Gradually different operators understand that they have to open up and get organised jointly as they represent important pools of talent and resources that can be of enormous value to the cities and communities they integrate. However, policy-makers and institutions such as universities and the industry has not yet acknowledged this.

On the other side, there are interesting cases from other countries, where support programs exist to fund activities and teams of clusters and networks so that these intermediaries make the connections and improve coordination. At the European level, an exciting network has been constituted, the European Creative Hubs Network, where some Ukrainian hubs participate. Most probable after this international experience together, they may also advance further and build up their national network too. I believe multilingualism is a great gift and an enormous potential. The investment and promotion of Ukrainian language usage and learning, as well the creation of art works and its dissemination is fundamental, whether we talk about literature, theatre and audiovisual, to name just a few disciplines. In addition, Ukraine is a culturally diverse territory integrating different language communities that also need a voice and promotion. On the other side, the Russian language, at international level, functions as lingua franca in some parts of Europe and Asia, so it opens up doors to a wider market than the national one. Again, there are plenty of opportunities in areas such as communication and advertising, design, the whole audiovisual and media sector, publishing. It is crucial that language policy considers and acknowledges this complex challenge, but also relevant potential.

What perspectives of a creative economy development in Ukraine do you see now?

I realise there is a gradual increase in awareness among public authorities as to the value of the creative economy – shown in the establishment of the creative industries development unit within the Ministry of Culture, for example - which is a good starting point, notably to build up the necessary frameworks and infrastructures to facilitate the development of the sector. The promotion for the second time of the Creative Ukraine International Forum with the presence of important stakeholders is also a good sign. Furthermore, the ongoing decentralisation process is also timely to recognise and integrate the creative economy as a factor of regional development. There is a huge potential for tourism development, notably cultural tourism, and museums can play here a crucial role. Therefore, the need for improving their management and communications skills is essential. ICT and the Ukrainian qualified professionals in this area, are nowadays an acknowledged asset of the country, and it is now important to form regular links with creative sector professionals as well as culture institutions so that unique proposals may come to be that may mark Ukraine firmly on the creative economy world map. 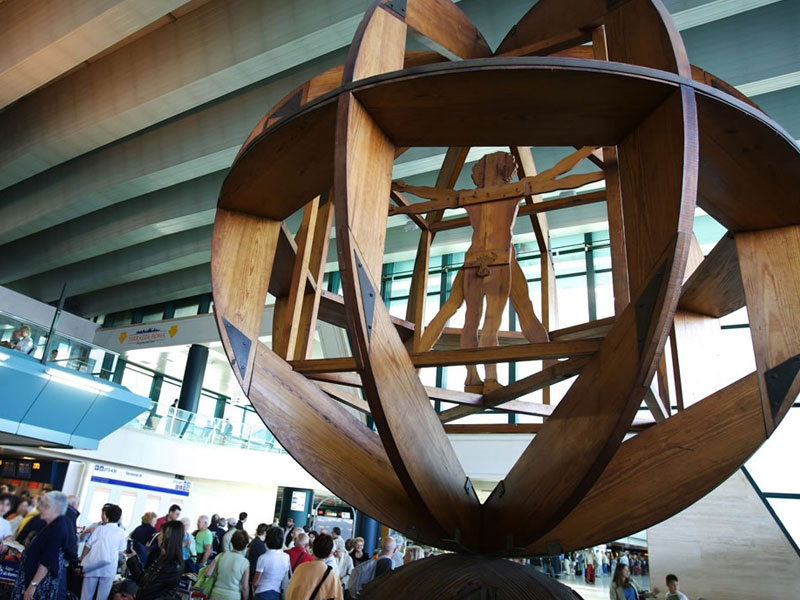 A WIN-WIN SCENARIO FOR THE CULTURAL SECTOR

Peter Tullin is confident that the meeting point of art, entrepreneurship and new technologies can generate revenue 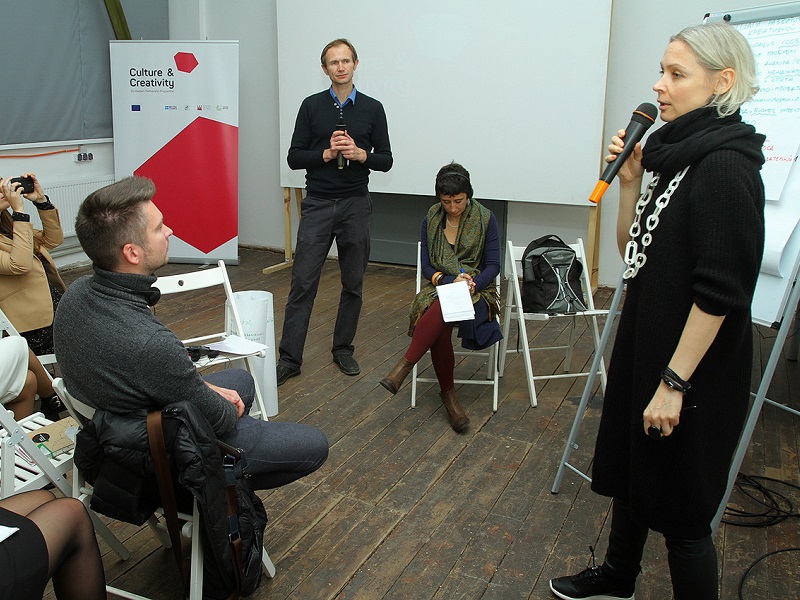 “We Win Only When We Are Ready to Cooperate”, a Discussion on the Creative Industries 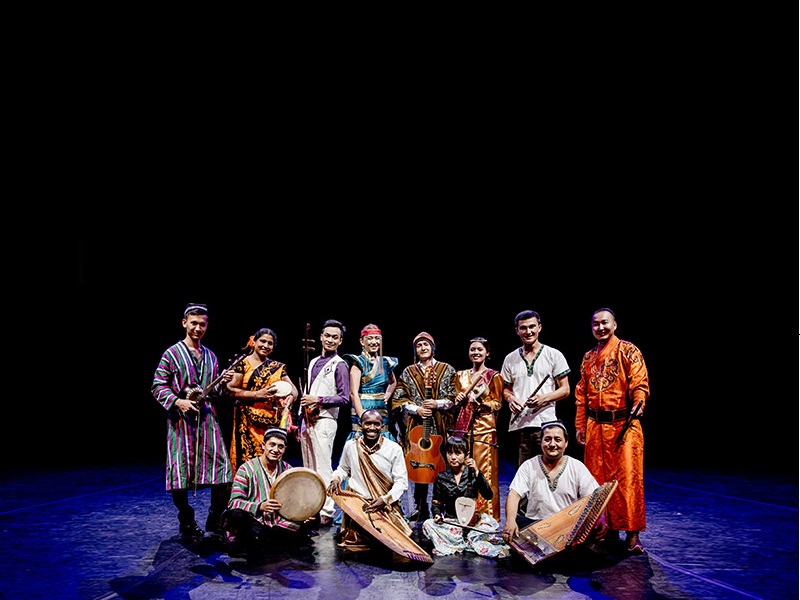 National Theater of Korea invites experts/artists/professionals in the culture and arts field (experts and artists of traditional music) from different countries. Approximately 10 participants are selected for the program 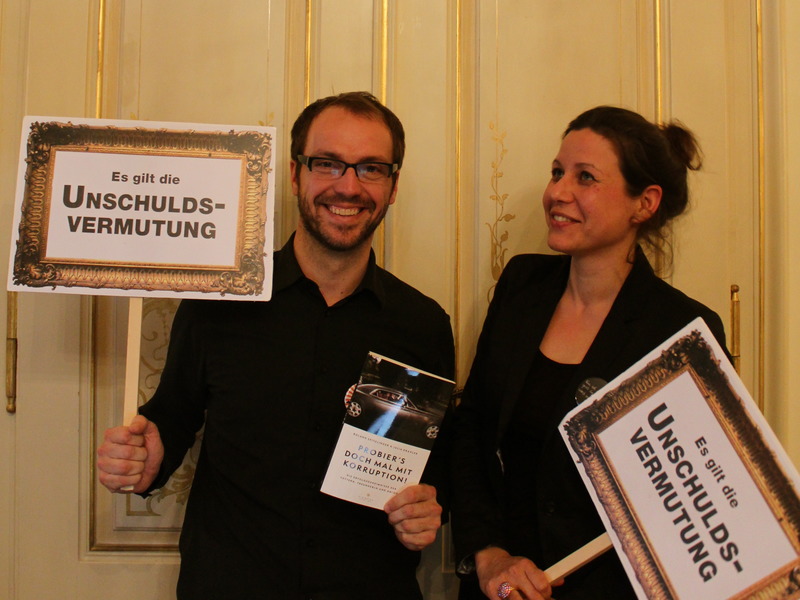 Creativity vs corruption: how to talk about important issues

Roland Spitzlinger and Julia Draxler quit moralizing about corruption. The weapons and tools they use are role plays and satire. They educate people about corruption through their seminars and tours, helping to see the real core of this phenomenon