Could you please tell us about the history of the Divadelná Nitra festival? What makes it unique?

Divadelná Nitra is the biggest theatre festival in Slovakia well-known throughout Central Europe. It was founded in 1992 by Darina Karova, the festival’s current director. So we will turn 25 very soon.

The festival’s main objective is to present the most interesting European and Slovak works of theatre and dance arts. Each year we create a programme around a specific theme. The theme of this year’s edition is “Ode to Joy?” (right, with a question mark). We will look at the past, the present and the future of Europe and see whether we have a reason for joy in the first place. The last year’s theme was “Empathy”, and the year before last we examined the role of the arts in society.
The theme of the festival influences not only the jury picks but also the festival’s activities.

Why did you decide to hold the festival in Nitra and not Bratislava? Why is it important, in your opinion, to hold cultural projects somewhere away from the capital?

We were inspired by the cases of such world-famous projects, as the Festival d’Avignon, held successfully outside their countries’ capitals.

This is important because culture should be decentralised and not get hung up on the capital alone, but rather move cultural events to other cities. Besides, it is much easier to create a festival atmosphere in a town. During Divadelná Nitra, you get a feeling that the whole of Nitra is living and breathing nothing but the festival. In Bratislava, you would need a fortune in order to get the same feel. Otherwise, the festival may just pass unnoticed. In addition, such a festival in is cosier and richer when held in a town: the theatres are within a walking distance from one another, and you can meet actors right on the street.

We try to structure the festival programme in such a way so as to satisfy the various needs of our audience. The main programme is tailored for theatre fans, and its main goal is all about the theatre that aims not just to entertain.
The majority of our audience is not from Nitra. These are professionals and theatre fans from all around Slovakia and other countries.

We also have a supplementary programme targeting families with children and the locals, as well as visitors from other cities of the region.
In addition, we organise many free events and try to make the festival territory a surprise for those attending by creating installations right on the street, for instance. In short, we do everything to diversify the programme and give viewers a wider choice.

Your festival is an inspiring example for many cultural operators from other countries. What is most important for implementing projects such as Divadelná Nitra?

I think it is important to identify the principal target audiences and social groups with which you wish to work, to acquaint them with your project and develop the programme together.

Our second strong point is working with people—volunteers in particular. Nitra is a student town and we annually attract 100-150 students to work as volunteers for the festival. They escort actors, help with events, welcome foreign guests, take part in performances. For them, it is a unique opportunity to network with like-minded people and find friends, in addition to being part of an international project.

Third, it is important to be open to the city, its needs and requirements, and listen to what it can offer, what’s happening in it, etc.

How did you manage to make the festival not only a Nitra attraction but also a successful international brand?

Over 24 years, the festival has become a brand among theatre professionals and our audience, but there are still many people who have never heard of it. Drawing their attention to the festival thus remains a priority for us today.

In the era of social networks, we try, of course, to be active on Facebook, Twitter, YouTube and other social media. When it comes to advertising the festival, we have established collaborations. But we would like to see a higher level of critical reaction on the part of the media regarding what we present during the festival.

You participate successfully in international grant programmes, Creative Europe specifically. What are the opportunities they offer for cultural operators, in your opinion?

Since the name of our festival has the word “international” in it, developing projects together with foreign partners is very important for us. You can get benefits merely by establishing such co-operation. We’ve always tried to work with various partners, even before Creative Europe. Such programmes have made it much easier for us (and much more difficult at the same time) to determine the right project and the right partners.

Taking part in such programmes is also an opportunity to meet interesting people to draw inspiration from and to network with actors, which you wouldn’t be able to reach otherwise. Of course, funding is an important issue too. It surely promises much more work, but with new programmes comes new quality.

There are indeed many benefits. For instance, the opportunity to travel in the process of preparing the application and project implementation. Participating in such projects, you can see other countries and cultures, learn a lot and become more open.

You mentioned the importance of international partnerships. Why is it so important and how do you build such relationships?

You have to think about the long term and devote the appropriate amount of time to that. Don’t expect to come back with five partners for your project after just one international event. Unfortunately, this is not how it works. It’s all about relationships, I think. It’s important to get to know one another, to learn what you like and what you don’t. How your partners work, what ideas you have, and how you would deal with a particular problem.

Then the essence of cooperation is not in finding people who would agree to implement your idea but in creating a joint idea?

Yes, certainly. The first international project we took part in dealt with festivals and the problems they face. We were contacted by the organisers of a German festival and invited to take part. The offer to hold discussions on the theme of festivals throughout a whole year was a real luxury. We were also curious to see what would come out of this partnership.

Developing our own project, we started with a convincing idea and a clear vision of what we would offer potential partners and actors. That was why we found partners easily.

In addition, experts often say that it is important to have partners from different countries. I believe this makes sense. But if you have partners that don’t share your vision, then it’s unlikely that you will achieve something really worthwhile.

Could you elaborate on other international projects that participated in?

As a result, we got six completely different theatrical productions. We also released a documentary TV series about the fall of the communist regime in these countries. But the key success factor was the project idea: the six post-Soviet countries, the complex problem of the secret police history and the way we deal with our past today. The fact that so many years have passed since these crimes were committed makes the topic even more complex.

From the very start, we realised that this topic would resonate with the public. Therefore, as we understood that this was an excellent subject for an application to Creative Europe soon as we found partners. We received a lot of coverage in foreign media outlets and all six productions toured the six countries subsequently.

I’d like to talk about an important lesson from that time too.
Two projects that we were taking part in were organised jointly with Festivals in Transition, a large festival network. For two years, the project was a success, we wanted to apply for the third time, but at that moment I decided to leave the festival and try something new, and, unfortunately, there was no one to replace me. We dropped out of the festivals network and ceased to be involved in their projects. It was an important lesson for us: it is necessary to think in advance about who will replace you, for it is important to maintain partnerships, not just establish them.

How in your opinion culture can impact other spheres of life and face the global challenges of our time? Or, for example, contribute to the prosperity of a city, region or country?

This is a very complex issue. I believe the culture can contribute to the prosperity of society and we should all try to be a part of it, the arts and other spheres, communicate with people and find solutions. Culture is everywhere after all: for example, the place we’re sitting in now is not simply a café but a venue for concerts, events and discussions.

I believe that culture impacts everything and everyone; it can touch truly important subjects. For example, empathy—the theme of our festival last year. We wanted to talk about the crisis relating to the influx of refugees, which was not yet relevant at the time. When the crisis occurred, everybody was amazed at our ability to anticipate world events. Culture is indeed capable of such amazing things.

“Culture matters” is a joint initiative by Platfor.ma and the EU-EaP Culture and Creativity Programme. 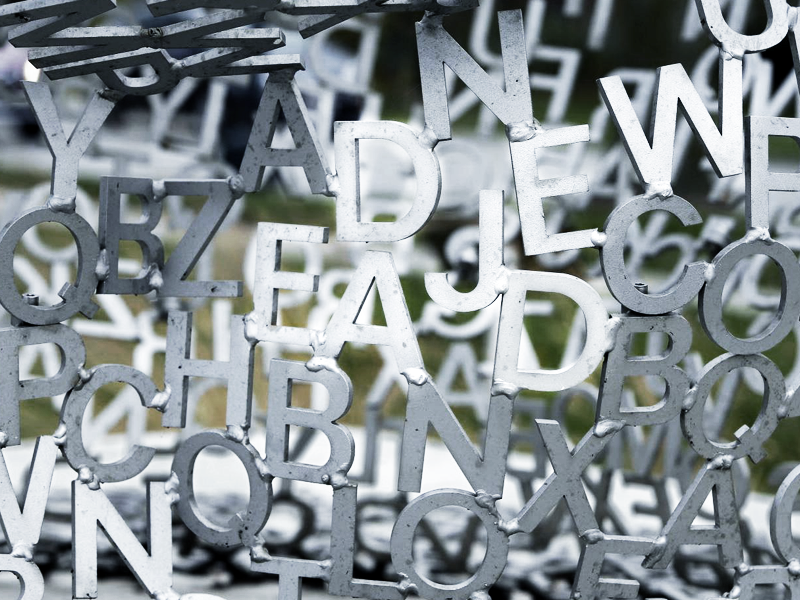 Here are the five main tips gleaned from the course by Magdalena Krasowska-Igras, a coach from Poland, has been drafting project proposals for 12 years 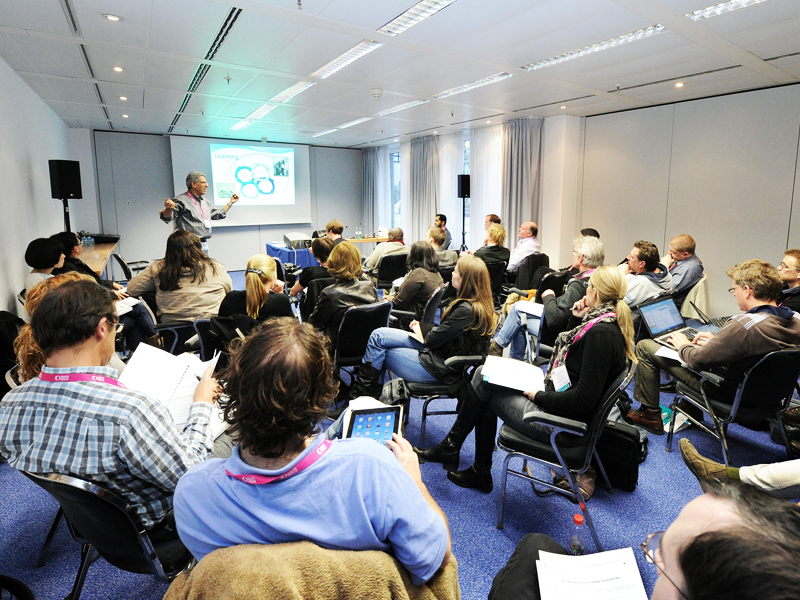 70 CASE STUDIES OF INTERESTING PROJECTS FROM CITIES AND REGIONS

We publish links to successful European practices in the field of cultural heritage, creative industries and social innovation, which have been considered in the project "Culture for cities and regions" 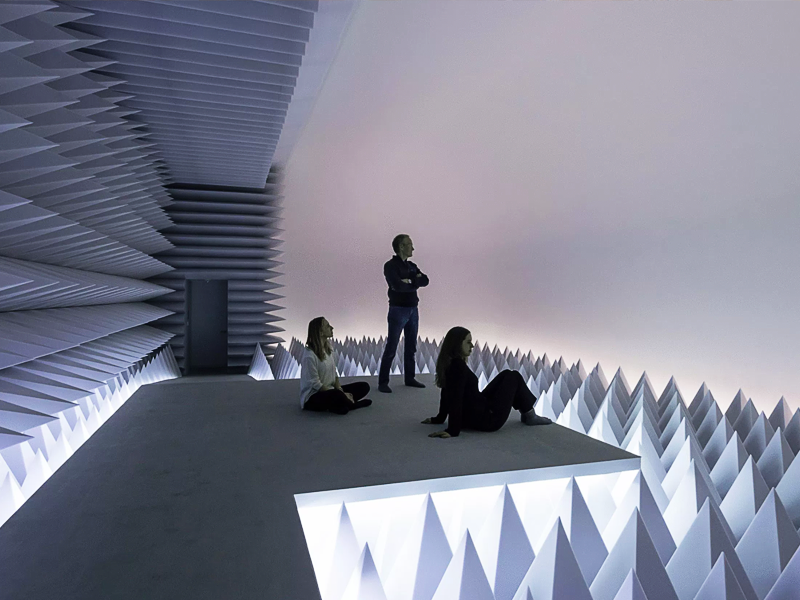 Due to its unique characteristics, the film and audiovisual sector has attracted particular attention in terms of public policies in the European states virtually since it first came into existence 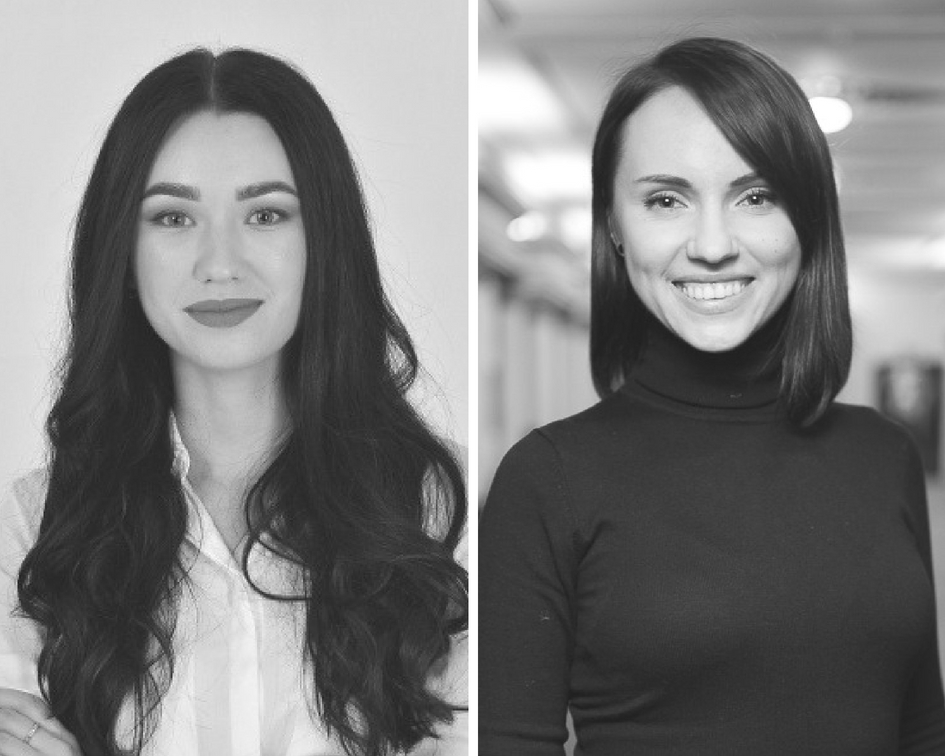