content
Lecture 3. Mapping the external environment
The better we understand external forces that influence our strategic issue, the more likely our advocacy effort will reach the desired result.

When thinking about those external forces, don't just consider how they will impact you and the organization, but also think how they might affect the campaign beneficiaries, organization donors and other players in the field. How will these important stakeholders be impacted by external forces that you will wake up when starting the campaign and what will this changing external context mean to everyone affected?

Typical groups with power or influence at a national or regional level may include:

Finally we have to identify the players that may impact the initiative and those who have the power to influence the solution.

The latter analysis that I am talking about is called Power Mapping. Power mapping reveals the power needed to make things happen. Power mapping is particularly helpful in coalition building (with whom should we develop a relationship?) and in citizen mobilization (who can we use to influence people to join the cause?). The Goal is to visually map out relationships between people, organizations, and institutions in a given context in order to understand the value of these relationships. While doing a power mapping we identify key people that have the power to change things in our desired way and draw their relationships to see how and through whom we can reach out or influence the target to do things right. Sometimes power mapping may reveal third entities that you didn’t take into consideration before.

Let’s say we identified a local mayor, Maria, as a key target to influence. Draw all connections to her that you may think about and step back to see how those people and institutions connect to each other. Let’s imagine that Maria’s husband, her best friend and some of the municipality workers sing in a local choir. Even if Maria herself is not a singer, the local choir has a powerful influence on her. And that local choir conductor may connect directly to you or your organization.

Analyze the map. You want to focus on the actors with the most connections or that are most significant to your target. Highlight these nodes of power and start thinking of a strategy to approach them. It may be helpful to your strategizing process to grow your map by expanding on these nodes.

The power map itself is a first step to figuring out an advocacy organization’s strategies. After the map is completed, it is used to decide how and where to take action. We will discuss that in our next video. 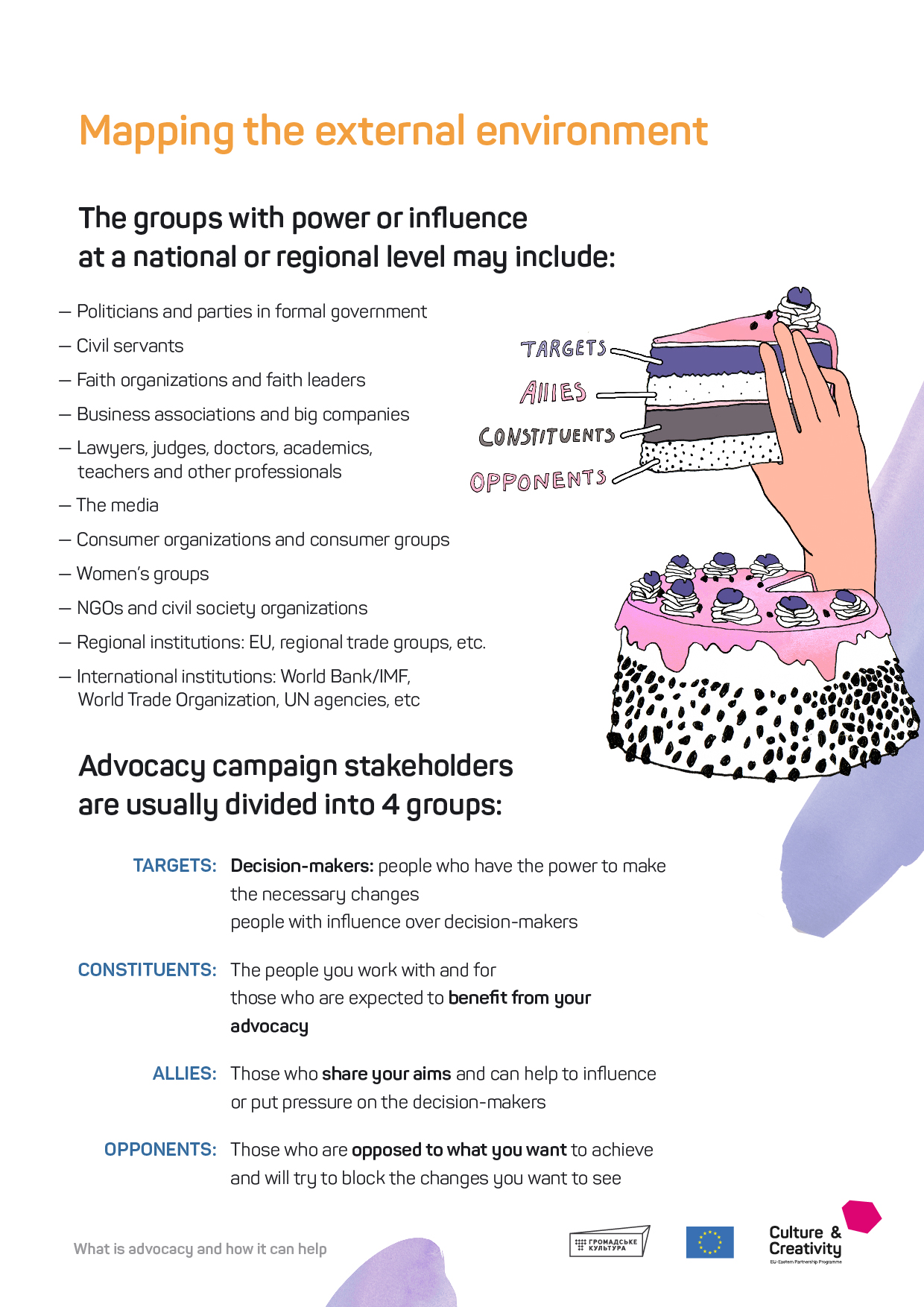