content
Lecture 1. What is advocacy and how can it help?
If we try to describe advocacy and its original meaning, we come across many different definitions that are specific to particular countries, cultures, decades and political regimes.

That is why it is important to start with the original meaning of this word: the word “advocacy” comes from the Latin ‘advocare’ and literally means ‘to call out for support’. The origins of advocacy date back to ancient Rome and Greece when well-established orators would perform as advocates or wrote orations specifically for pleading someone’s cause. Personalities such as Cicero and Caesar were among the greatest Roman lawyers and advocates.

Ritu R. Sharma from the Academy for Educational Development describes advocacy as a tool for “putting a problem on the agenda, providing a solution to that problem and building support for acting on both the problem and the solution”. This definition expresses an important idea: In a digital and networked age, advocacy is not just about influencing public policy, but also and first of all about influencing public opinion.

As Dr. Sharma says, even if most of the time advocacy is defined as speaking on behalf of others, one of its aims must be raising the public’s consciousness about a particular issue.

The philosophy behind the social phenomena of advocacy is best explained in a handbook for planning advocacy by Save the Children Fund, UK. It says that “advocacy is a social change process affecting attitudes, social relationships and power relations, which strengthens civil society and opens up democratic spaces”. To fulfill its aspirations advocacy requires efforts coordination, strategic thinking, information, communication, outreach and mobilization.

Besides being extremely broadly defined, advocacy is surrounded by several persistent myths and misconceptions. Some of the most frequently heard are:

In our first lesson we discussed the meaning of advocacy, its philosophy and purpose as well as dispelled some of the widespread myths surrounding it.

We now know that advocacy describes a method or approach used to change policies and practices, reform institutions, alter power relations, change attitudes and behaviors and give our project work a broader impact. In the next video and until the end of this course, we will go through the process of advocacy campaign design, exploring various stages of the advocacy process in-depth. 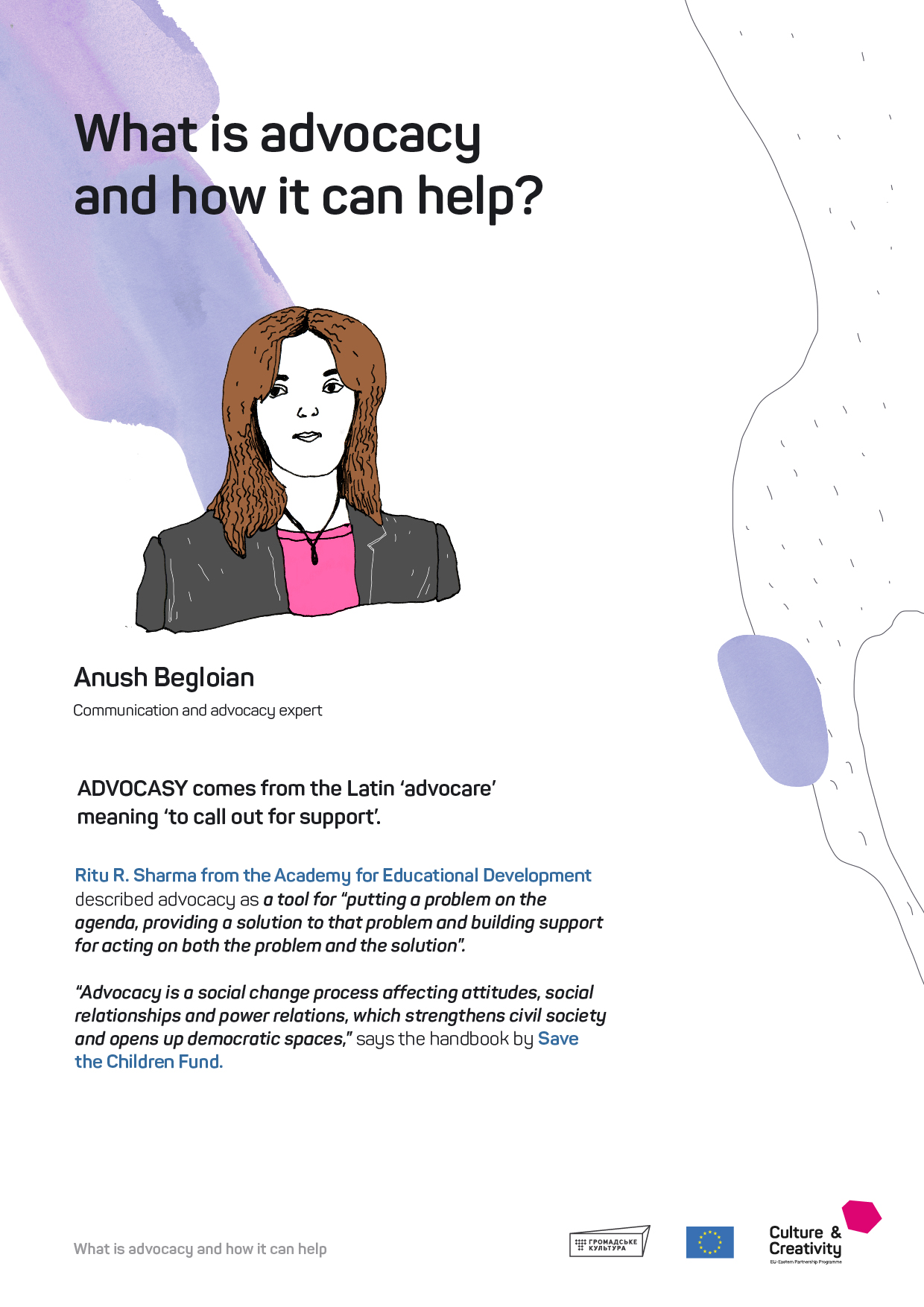