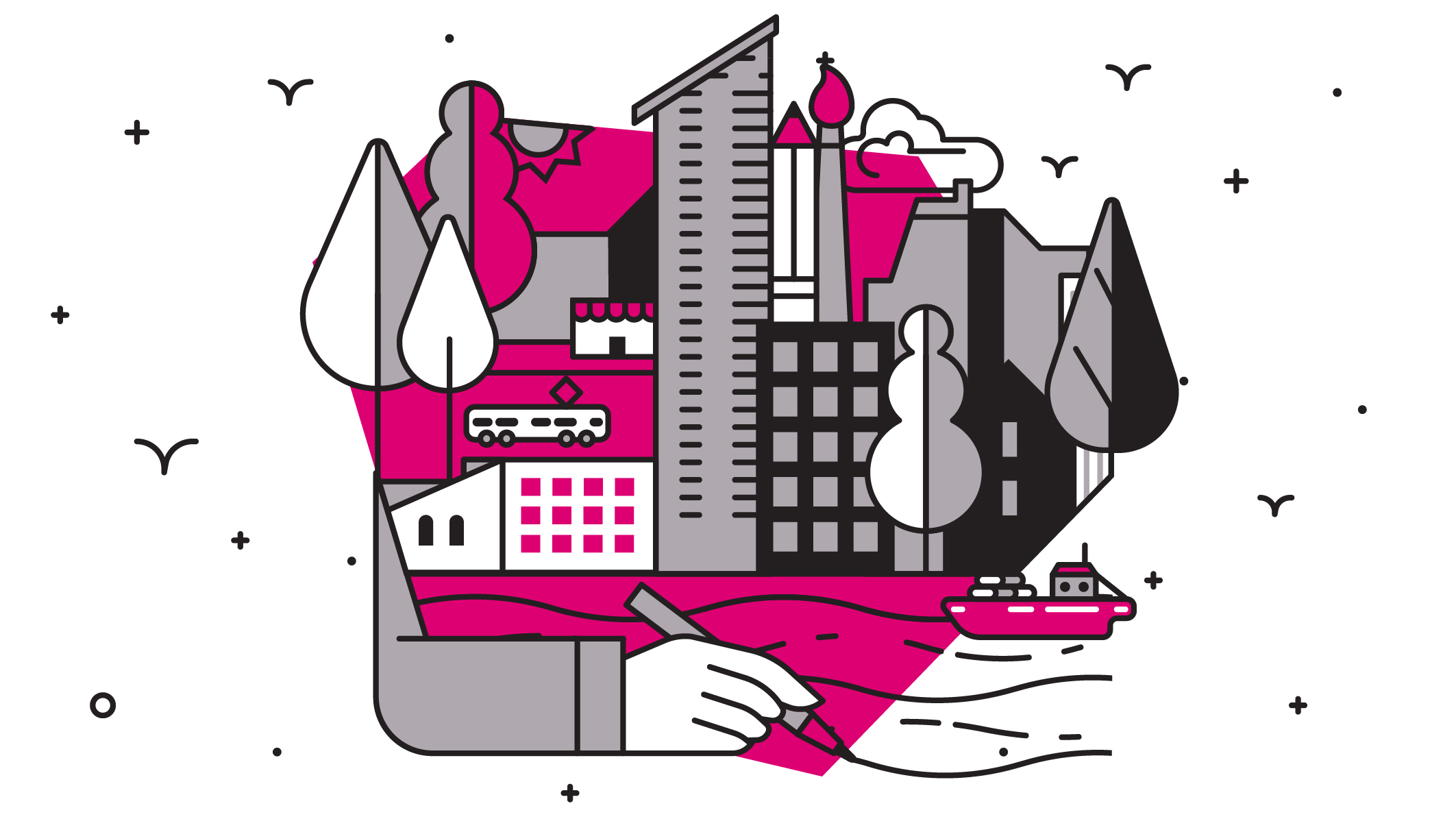 Lecture 6. Urban creativity
Street art, creating innovative bicycle parking spaces, organising festivals or transforming abandoned factories into art spaces are all manifestations of urban creativity. The concept of the “creative city” was developed and described in the eponymous book by the urbanist Charles Landry in the late 1980s. In his view, creativity is a key factor that allows modern cities to react to changes, change traditional approaches to governance and distribution of resources, integrate technological innovations and rediscover their cultural heritage.

Public space plays an important role in the development of urban creativity. These places accessible to all categories of people presuppose that city residents can comfortably spend their time there, express themselves freely, exchange ideas, and make contact with other residents and the city as such. 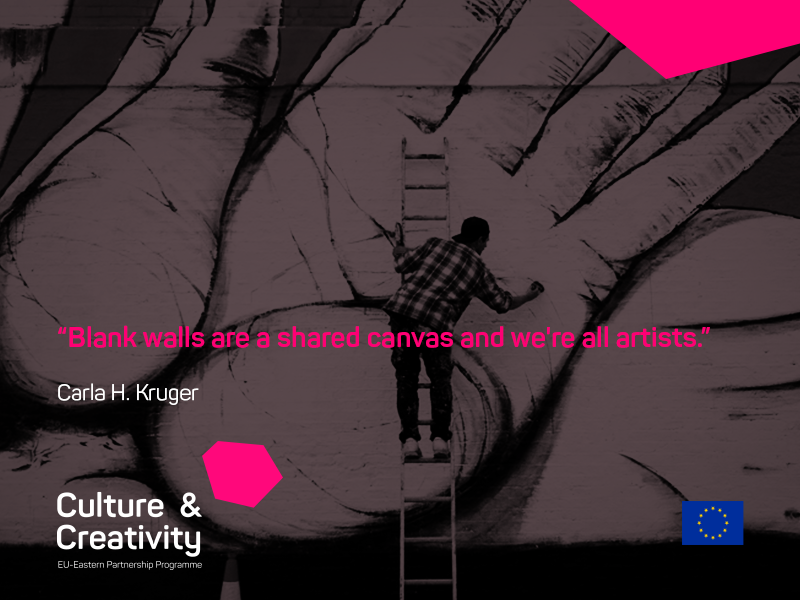 The best places are those where it is possible to make contact and communicate, those that are easy to get to and easy to move about. At the same time, you feel that you are part of a bigger world that has no boundaries. It is a place where you can improve, learn and express yourself. It is a place of inspiration, where culture breathes and lives. And of course, the best city is the one where all these features are harmoniously combined with the help of design.

Here are examples of cities that use the creative approach to develop and form the community on the basis of public participation.

Tallinn has become home to the majority of creative companies of Estonia thanks to the support of universities that prepare artists and graphic designers and centres for development of all key creative industries. In addition, the city holds Tallinn Music Week, an annual music industry conference and the biggest indoor festival in the Baltic-Nordic region that offers styles that range from classical music to hip hop.

Half of the population of Rotterdam is young people under 35, and the uniqueness of the city manifests itself in its creative atmosphere resulting from such events as Wake up in Art. In the framework of this unique festival, participants can stay overnight in special creative constructions created by local artists.

The problem of frequent road accidents on narrow streets and the rise in price of petrol in the 1970s were the catalyst for the launch of the campaign for the popularisation of bicycles in the Netherlands. In the framework of the project, experimental bike lanes were created in the cities of Aarhus, Odense and Herning and an extensive program was launched for the whole country. As a result, Amsterdam is referred to today as the bicycle capital of Europe. There are around 800,000 bicycles in the city and 63% of residents use this means of transport daily.

The Kreuzberg neighbourhood in Berlin is famous for his creative approach to the socialist heritage. Here you can find the outdoor gallery East Side Gallery showing the series of works created on the remaining section of the Berlin Wall. After the fall of the wall, many deserted houses in the eastern part of the city were “captured” by the creative youth that transformed them into a bulwark of alternative art and fun. For instance, the art centre Bethanien, located in the former hospital of Saint Bethany in one of the oldest neighbourhoods of the city, houses art galleries, exhibitions and a music school.